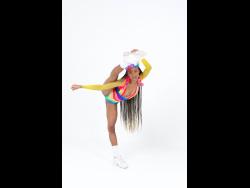 Sixteen dancers are due to compete in the third Red Bull Dance Your Style National Final at Di Lot in Kingston on Wednesday night.

Host and contest affiliate Latonya Styles is happy for the return of the in-person format, as dancers are judged by crowd response, which also does wonders for their performance.

“Dancers have a better opportunity to express themselves and feed off the energy of the crowd, which really enhances each competitor’s overall performance,” said the celebrated dancer and choreographer. “Dance Your Style isn’t just about who’s popular or who can do dancehall. They have to be versatile, and they have to be strong, [and] have a strong character and personality. Dance is drama, so they have to bring that full package.”

Three women stand out among this year’s picks, which Styles attributes to a series of factors.

“We always aim to achieve as much balance as possible with entries,” she said. THE STAR. “This year, some women expressed [that] they did not feel confident or ready enough, or had other obligations that posed a conflict of interest or made it difficult for them to commit the time. Generally speaking, men outnumber women in our local dance scene in terms of numbers, which makes it even more important to celebrate and encourage our women to “show up and show up”. Competitions like this build exposure, build trust, and pave the way for others to follow and make their own mark. In the years to come, I can’t wait to see more and more women stepping in and making waves on the dance floor.”

The winner will join 2021 champion Flexx Cautiion to represent Jamaica at the World Finals in Johannesburg, South Africa in December. Styles described the global street dance and freestyle platform as an opportunity to bring Jamaican dance culture and its creators to the world, adding, “It’s not just athletics, it’s not just about Bob Marley and music, but also bad pon di dancing.”