24 Activities to Embrace the Slow, Creeping Approach to Spring – The Minnesota Daily 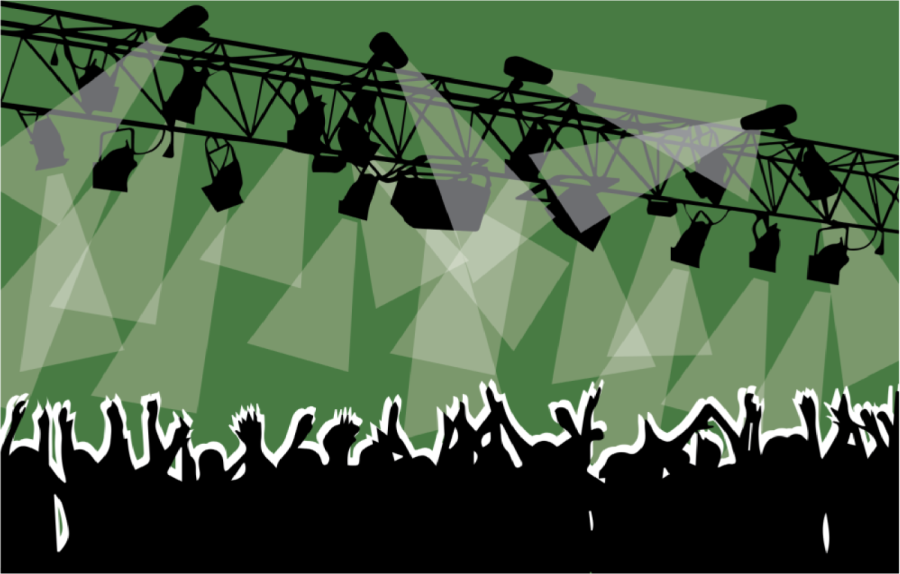 24 Activities to Embrace the Slow, Creeping Approach to Spring – The Minnesota Daily

It happens every year – we experience a day or two of mild, above-freezing temperatures in early March and think the worst is over for us. Every year we get it wrong and winter comes back to sneakily six inch snow. Here are 24 things to do this month instead of watching the snow melt, vengefully. The heat is coming soon!

Many venues in the Twin Cities require proof of full vaccination or a negative test within three days of show dates. Events allow all ages unless otherwise stated.

1. Spring Festival at Canterbury Park
When was the last time you went to a big arts and crafts fair? Canterbury Spring
The festival has hundreds of handmade gifts, activities, and plenty of food and drink to give away. More information here. $10 for adults, children under 10 enter free. April 1-3

3. Shakespeare galore at the Stoll Thrust Theater at the Rarig Center
The BFA’s second-year company from the University of Minnesota’s Department of Theater and Dance Arts will perform two of the bard’s great works, “Hamlet” and “Romeo and Juliet,” the first weekend in April. Free but registration required. More information here and here. “Hamlet” from April 1 to 3; “Romeo and Juliet” April 2-3

4. Wine tasting at the Campus Club
Visit the Coffman Memorial Union Campus Club for an evening of socializing and free (!) wine for one night this month. Hone your sommelier skills and make silly, made-up observations about tannins or something at this event. Free, but registration required. 21 and over. April 2

5. Free April Movies at the Coffman Theater and Saint Paul Student Center Theater
Student Unions and Activities have a stack of your quirky indie favorites hitting campus theaters this month, including: ‘Eternal Sunshine of the Spotless Mind’, a Wes Anderson movie marathon, ‘Licorice Pizza’ , “Almost Famous”, “Coraline” and “Sing Street”, among others not included in the indie category. More information on the films available here. Free, all month.

6. Minneapolis Winter Farmer’s Market
Although fresh local produce is not yet available, there are still plenty of local foods available at this weekend market. Make the trip to East Lyndale Ave N for fresh eggs, cheeses and meats, among other goodies like botanicals and maple syrup. Free to attend. April 2-3, 9-10, 16 and 23-34

7. The Minneapolis Pancake and Booze Art Exhibit
Do I really need to say more? The event features around 500 pieces of art, live body painting, performances by local DJs and yes, unlimited pancakes. Tickets are $10 presale and $15 at the door, ages 21 and up. April 2

8. Life is Peachy Reception at the Coffman Art Gallery
Local multimedia artist Meg Petersen likes to romanticize everyday life in her work. The exhibition runs from March 30 to May 8, but its opening reception will take place this month.
Free but RSVP encouraged. April 7

9. Vintage Junk Bonanza Market at Canterbury Park
One man’s trash is another man’s…you get the idea. Visit Canterbury Park for a three-day vintage homewares market filled with antiques. Local small-batch artisans will also be there to peddle their wares, along with live demonstrations and a raffle. Throw it away. More information here. Tickets start at $12. April 7-9

10. The Flaming Lips at the Palace Theater
The eclectic alternative group will take part in their “American Head American Tour”, supported by the Heartless Bastards. Tickets start at $45, ages 18 and up. April 8

11. GIGS: his student at the Whole Music Club
Visit the Whole this month for a showcase of student musicians featuring Bad Dance, Daphne Jane and The Shelf Below. Free. April 8

12. “Canary, Crimson, then Emerald” by the Black Label Movement at the Cowles Center
University of Minnesota dance professor Carl Flink’s company will present their latest number, a combination of three works that explore themes of time. Tickets start at $25. April 8-10

13. Minnesota Craft Beer Festival at the Minneapolis Convention Center
This event features nearly 200 local and national brewing companies offering limited release or bar-only beers for a day of tasting and inebriation. Live performances by classic rock band Rough House will accompany the drinks. Tickets start at $44.99, ages 21 and up. April 9

14. Earth Day Cleanups
Has there always been so much litter under the snow after the big melt? Shit ! Treat the planet with some sweet, gentle love and go clean up somewhere near you. Check the Minneapolis Parks website for information on nearby events or organize your own cleanup wherever you are. Free at your local park. April 23

15. John Mulaney at the Xcel Energy Center
The SNL star, award-winning comedian, actor and big kid is coming to the Twin Cities on his “From Scratch” tour, likely to joke about his divorce. For the unfamiliar, Mulaney has several specials on Netflix, including “New in Town,” “The Comeback Kid,” and “Kid Gorgeous.” Tickets start at $35.50. April 23

16. Hippo Campus at the Armory
The Saint Paul indie darlings, known for “Buttercup” and “Way it Goes,” will perform at the Armory in downtown Minneapolis, presented by First Avenue, Jam and the Current. This show comes after the February release of “LP3,” their third full-length album. All ages, tickets start at $37. April 23

17. Minnesota Fashion Week
Celebrate local designers and drapers in ten runway shows during this year’s MN Fashion Week. Shows begin at the end of the month with Rose + Bull’s “La Vie en Rose” for a day of dreamy flowers and rose-tinted views. Native Starlight at the Machine Shop follows, along with “Picnic: A Floral Fashion Frenzy” and other abundant spring parades. Ticket prices vary by event. April 24-30

18. Euphoria: The Drag Brunch at Crave
Join queens Sasha Cassadine, Frozaen Pissás, Priscilla Es Yuicy and Ken Doll for brunch as they enter Euphoria High. Three events, five queens, one day! Dressing as your favorite character from the HBO sensation is encouraged. Tickets start at $16. As the event page says, “Drag brunches are all ages, but we wouldn’t recommend bringing a child to this show.” April 24

19. Grand Thief at the Palace Theater
The indie folk band will be touring with their sprawling latest album, “Dragon New Warm Mountain I Believe in You,” which features songs like “Certainty,” “Simulation Swarm” and “Spud Infinity.” Kara-Lis Coverdale, a Canadian songwriter, producer and musician known primarily for her ethereal instrumentals, will be opening.
Tickets start at $32. 18 and over. April 27

20. Charli XCX at the Palace Theater
The English pop icon will perform jams from ‘CRASH’, his latest album released earlier this year. Baby Tate, the Atlanta-based rapper known for a 2019 Euphoria soundtrack feature with “Beckham” and several viral singles on Spotify, will be her supporting role. Tickets start at $39.50. 18 and over. April 28

21. Art in Bloom 2022 at Mia
It’s time to leave the snow behind and frolic whimsically through a field of flowers, or at least take a leisurely stroll through a museum gallery filled with floral paintings. This year’s Art in Bloom will feature a celebration of the museum’s floral works, a talk on floral themes in the art of Lisa Michaux, and a floral demonstration by Bachman’s. There will be live tours in person and online. Free for the public. April 28-May 1

23. Spring Jam
After a two-year absence, the University’s classic Spring Jam will be back this year for a day of festivities at the end of April. The student-run event will include carnival rides, a beer garden, performances by as-yet-unannounced musicians, activities led by student bands, and plenty of food and drink. The recently announced food vendors all offer vegan, gluten-free, and vegetarian options. Check @umnsua on all social media platforms for lineup updates. Free for university students regardless of age, $15 for general public 18 and over. More information here. April 30

24. “Liz Larner: Don’t Put It Back On Like It Was” opens at the Walker Art Center
The exhibition will feature approximately 30 works by Liz Larner, a California-born sculptor and installation artist, created between 1987 and 2020. Her work explores the connections between material form and perceptions through the use of unconventional materials like bacterial cultures, hazardous materials, sand and leather. There will be a free talk on opening day between the artist and Mary Ceruti, curator of the exhibition and general manager of the Walker. Tickets are $10 for students and $15 for the general public. More information available here and here. April 30-Sept. 4