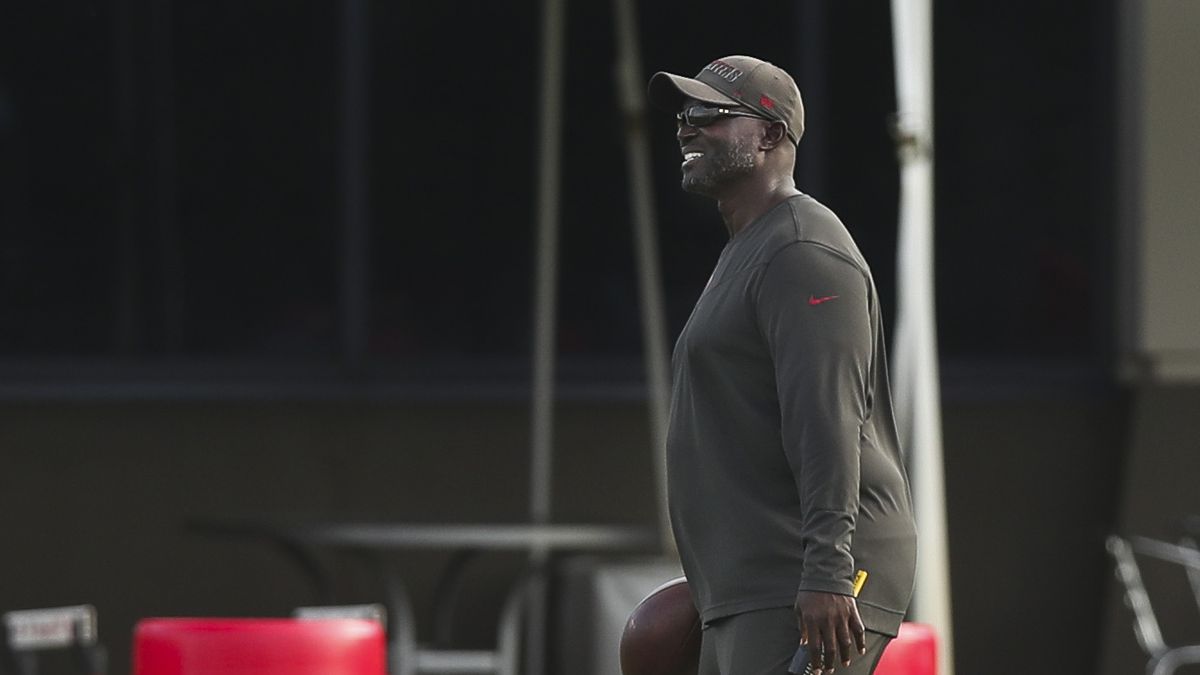 TAMPA — On the heels of their rookie minicamp, the Bucs are embarking on Phase 3 of their offseason program with the start of organized team activities.

Starting Tuesday, the team will hold 10 such training sessions through June 3, during which seven-on-seven and 11-on-11 drills are allowed, but not live contact.

A mandatory three-day minicamp follows shortly thereafter (June 7-9). So what can fans expect to glean over the next 2.5 weeks? In terms of depth card movement or final roster determinations, probably very little. But some players – and positions – are worth watching. Here are some of the elements we will observe during the three sessions (Tuesday, May 25 and June 1) open to journalists:

A big serving of Trask

While we’ve recently heard conflicting reports on whether sophomore draft Kyle Trask has a bona fide chance at quarterback in 2022, one thing seems certain: He’ll get liberal repeats at the during these 10 sessions.

“These (organized team activities), we have free reps that we can watch, and it will happen,” quarterbacks coach Clyde Christensen said last week. “It’s going to happen, it’s on our radar as it should be. It must be done.

An overview of Gage

Organized team activities represent our first look at new receiver Russell Gage equating to the Bucs’ offense. With no timetable for Chris Godwin’s return from knee surgery, the former Falcon – who had 50 receptions in Atlanta’s last eight games of 2021 – could play a starring role at the start of the season. season.

“I enjoy (organized team activities) a lot more, especially for a guy like Russ, where it’s really slowed down and it’s more of a passing pace,” receivers coach Kevin Garver said.

“It’s an opportunity to just break it down for him, slow it down, and he can sort of understand the ins and outs of it from an alignment perspective and an assignment and an execution (point sight) – the nine together.”

Stay up to date on the Buccaneers

We’ll be posting a roundup of Tampa Bay Buccaneers news and commentary every week throughout the season.

Assuming both participate, new Bucs safeties Logan Ryan and Keanu Neal will make their field debuts of sorts. Neal, the former Gator and Falcons first-round recruit, projects himself as a solid safety who can fill the void in running support created by Jordan Whitehead’s departure to the Jets. Ryan, who won two Super Bowls in four seasons playing with Tom Brady in New England, can play a similar role as a nickel back but can also play free safety (if Antoine Winfield Jr. gets injured), said safety coach Nick Rapone.

Who lines up at left guard?

“I think that’s probably going to be for me, for us, one of the really fun positions to watch during camp, development and competition,” offensive line coach Joe Gilbert said.

“That’s the only thing we preached (and) Goodie (run-game coordinator Harold Goodwin) preached in our room – it’s open. That place there, every guy has a chance; Brandon Walton, all these guys. It’s going to be a lot of fun.

A few days ago, we would have considered Tom Brady a long shot off the board to show up for organized team activities. But that was before photos surfaced on the team’s official website of him committing to Phase 2 of the team’s offseason program.

Now, we’re just not sure, although offensive coordinator Byron Leftwich said last week that “I don’t need to see him, I really don’t need to.”

“I think he’s done enough (organized team activities), really, to be honest with you,” Leftwich added. “And that’s what we’ve been doing, really, ever since he and I got together. We really haven’t had a summer as far as me and him are concerned, but the conversations we have, the mutual understanding we have, it’s all going to be fine whether he participates or not.

Sign up for the Bucs RedZone newsletter to get updates and analysis on the latest team and NFL news from writer Joey Knight.