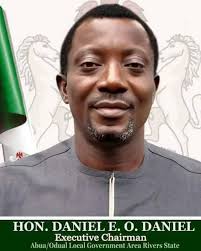 Some traditional leaders in Obio/Akpor Local Government Area have called on the people of Rivers to support the state governor, Chief Nyesom Wike in the war against illegal oil bunkering.
Traditional rulers include the Supreme Ruler of the Woji Community, Eze Emeka Ihunwo, the EzeRisi/Ohia Mbam Abali, Eze Christopher Wonodi, and the Supreme Ruler of the Iriebe Community, Eze Jeremiah Worenwu.
The monarchs, who spoke in their palaces on the issue, said the war against “Kpofire” was a collective war because the situation has reached a dangerous point.
They also dismissed the claim that unemployment was to blame for the threat, adding that there is no society in the world where the government employs everyone.
They also noted that the theft of crude oil did not begin today.
Speaking, Supreme Ruler of the Woji Community, Eze Emeka Ihunwo said the situation had taken a serious turn, adding that many lives were being lost to the soot.
Ihunwo also described the governor’s action as timely.
According to Monarch Woji, those who engage in illegal oil bunkering did not know the health hazard they were causing to the people.
Ihunwo said that in 2018, he invited the youths to his palace and mobilized them against illegal refinery operators using Woji as a conduit for the evacuation of illegally refined products, and pointed out that due to the collective understanding and collaboration of all stakeholders, Woji has not recorded such a criminal act within the community.
He therefore challenged other monarchs to emulate Woji’s example.
The monarch also acknowledged a reduction in soot in the state capital’s atmosphere, while the amount of oil spills on water surfaces has also decreased.
Also speaking, Eze Risi/Ohia Mbam Abali, Eze Christopher Wonodi said the governor’s intervention saved the people of the state from a series of health problems.
Wonodi said it is incumbent on the people of Rivers State to give their maximum support to the governor to succeed in eradicating the scourge of the soot pandemic in the state.
He also advised young people to desist from this harmful act and find other legitimate ways to survive.
Wonodi also said his kingdom has started raising awareness against involvement in illegal oil bunkering.
For his part, the supreme ruler of the Iriebe community, Eze Jeremiah Worenwu, said that Wike has shown that he has the ability to solve societal problems.
Worenwu said the community of Iriebe will fully comply with the governor’s directive to stop illegal oil bunkering, and warned those who might want to dabble in the illegal trade to stay away from the community.
While calling the governor’s action welcome, the monarch Iriebe said the war against “Kpo fire” needs the support of all members of society, including security agencies.