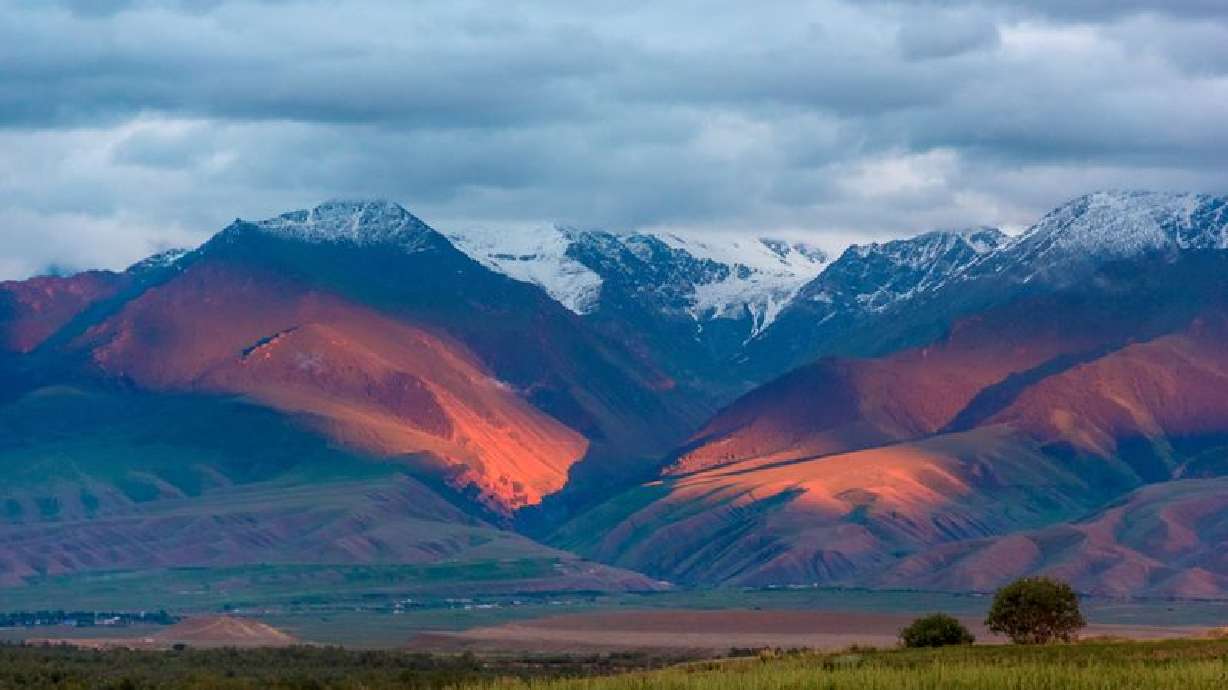 A view of the Tian Shan Mountains in Kyrgyzstan, the Central Asian region where researchers studying ancient plague genomes have traced the origins of the 14th-century Black Death that killed tens of millions, in a photograph undated. (Lyazzat Musralina via Reuters)

WASHINGTON — Ancient DNA from bubonic plague victims buried in cemeteries on the ancient Silk Road trade route in Central Asia has helped solve a lingering mystery, pinpointing a region in northern Kyrgyzstan as a starting point of the Black Death that killed tens of millions of people in the mid-fourteenth century.

Researchers said on Wednesday they had recovered ancient DNA traces of the plague bacterium Yersinia pestis from the teeth of three women buried at a medieval Nestorian Christian community in the Chu Valley near Lake Issyk Kul in the foothills of the mountains. of the Tian Shan who perished in 1338-1339. . The first documented deaths elsewhere in the pandemic date back to 1346.

Reconstruction of the pathogen’s genome showed that this strain not only gave rise to the one that caused the Black Death that crippled Europe, Asia, the Middle East and North Africa, but also to most strains of plague existing today.

“Our discovery that the Black Death originated in Central Asia in the 1330s puts an end to centuries-old debates,” said historian Philip Slavin of the University of Stirling in Scotland, co-author of the published study. in the journal Nature.

The Silk Road was an overland route for caravans carrying an array of goods back and forth from China through the lavish cities of Central Asia to points such as the Byzantine capital Constantinople and Persia. It may also have served as a conduit to death if the pathogen hitched a ride on caravans.

“There have been a number of different hypotheses suggesting that the pandemic may have originated in East Asia, particularly China, Central Asia, India, or even near where the first Epidemics were documented in 1346 in the Black Sea and Caspian Sea regions,” said Maria Spyrou, archaeogeneticist and lead author of the study, from the University of Tübingen in Germany.

“We know that trade was probably a determining factor in the spread of the plague in Europe at the start of the Black Death. It is reasonable to hypothesize that similar processes determined the spread of the disease from Central Asia to the Black Sea between 1338 and 1346,” Spyrou added.

The origins of the pandemic are hotly contested, as evidenced by the debate over the emergence of the current COVID-19 pandemic.

Already in medieval times we see the high mobility and rapid spread of a human pathogen. … We should not underestimate the potential for pathogens to spread around the world from rather distant places.

The Black Death was the deadliest pandemic on record. It may have killed 50% to 60% of the population in parts of Western Europe and 50% in the Middle East, totaling around 50 to 60 million deaths, Slavin said. An “unexplainable number” of people also died in the Caucasus, Iran and Central Asia, Slavin added.

“Already in medieval times, we see the high mobility and rapid spread of a human pathogen,” said archaeogeneticist and study co-author Johannes Krause, director of the Max Planck Institute for science of human history in Germany. “We should not underestimate the potential for pathogens to spread around the world from rather distant locations, possibly due to a zoonotic event” – an infectious disease that jumps from animals to humans.

Researchers analyzed the teeth, a rich source of DNA, from seven people buried in cemeteries in communities called Burana and Kara-Djigach, obtaining plague DNA from three in Kara-Djigach.

The cemeteries, excavated in the 19th century, included tombstones attributing deaths to the “plague” in the Syriac language. Items like beads, coins, and clothing from distant regions indicated that towns were involved in international trade, perhaps providing stop-and-rest services for long-distance caravans.

The bubonic plague, incurable at the time but now curable with antibiotics, caused swollen lymph nodes with draining blood and pus, with the infection spreading to the blood and lungs.

In Europe, it was transmitted mainly by flea bites carried on infected rats. The pandemic originated in wild rodents, most likely marmots, a type of ground squirrel, Slavin said. Rodents hanging around caravans may have contributed to its spread, but other transmission mechanisms may have included human fleas and lice.

“We found that the closest living relatives of this strain of Y. pestis that caused the Black Death are still found today in marmots in this region,” Krause said.