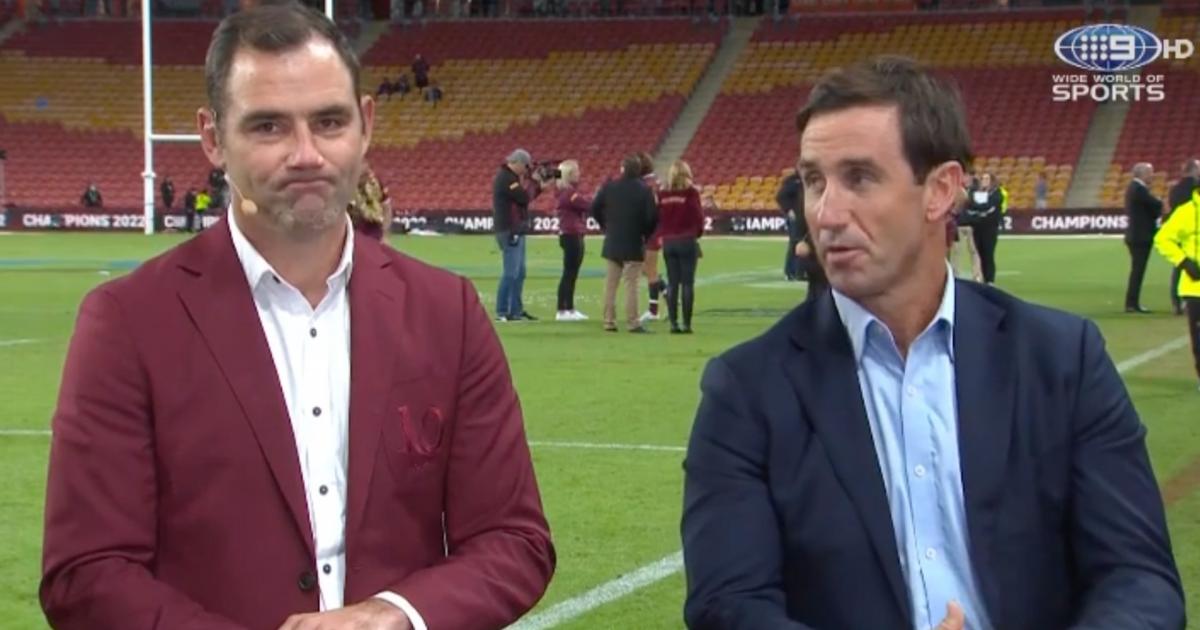 Cameron Smith has revealed that Andrew Johns apologized to him for his comments following Queensland decider Origin’s victory in Brisbane last Wednesday.

The Blues legend was clearly frustrated with the result and didn’t do a very good job of hiding it for Channel nineThe post-game coverage.

“You’ve won the big moments,” said Johns, as he sat next to Queensland greats Smith and Paul Vautin.

“Now we have to listen to all the bulls**t from you over the next 12 months.

Johns received some criticism for his comments, with some suggesting the Immortal was a “bad loser”.

speaking on SEN On Monday, Smith said Johns saw fit to apologize for his behavior and suggested the vocal Maroons crowd played a part in his frustrations.

“I worked with Joey on Friday night and he came over and apologized,” Smith said.

“He said, ‘Buddy, look, I didn’t express that well. That comment wasn’t directed at you or Fatty.’

“What didn’t help, we were airing this show in the North West corner and there were about 200 excited Queenslanders who were absolutely giving it to Joey.

“It certainly didn’t help the situation.”

That wasn’t the only fiery post-game broadcast Smith found himself embroiled in last week.

During NewAt the end of the Eels’ win over the Warriors on Friday night, Paul Gallen and Sonny Bill Williams engaged in another war of words over a possible boxing bout.

“All of a sudden it went from reviewing the Warriors-Parramatta matchup to Sonny Bill Williams and Gal explaining why they hadn’t arranged a fight yet,” Smith said.

“And they stuck to each other!”

“I had a bit of a laugh at first, but it continued, and then I looked at James Bracey and said, ‘Is that a gee? “”