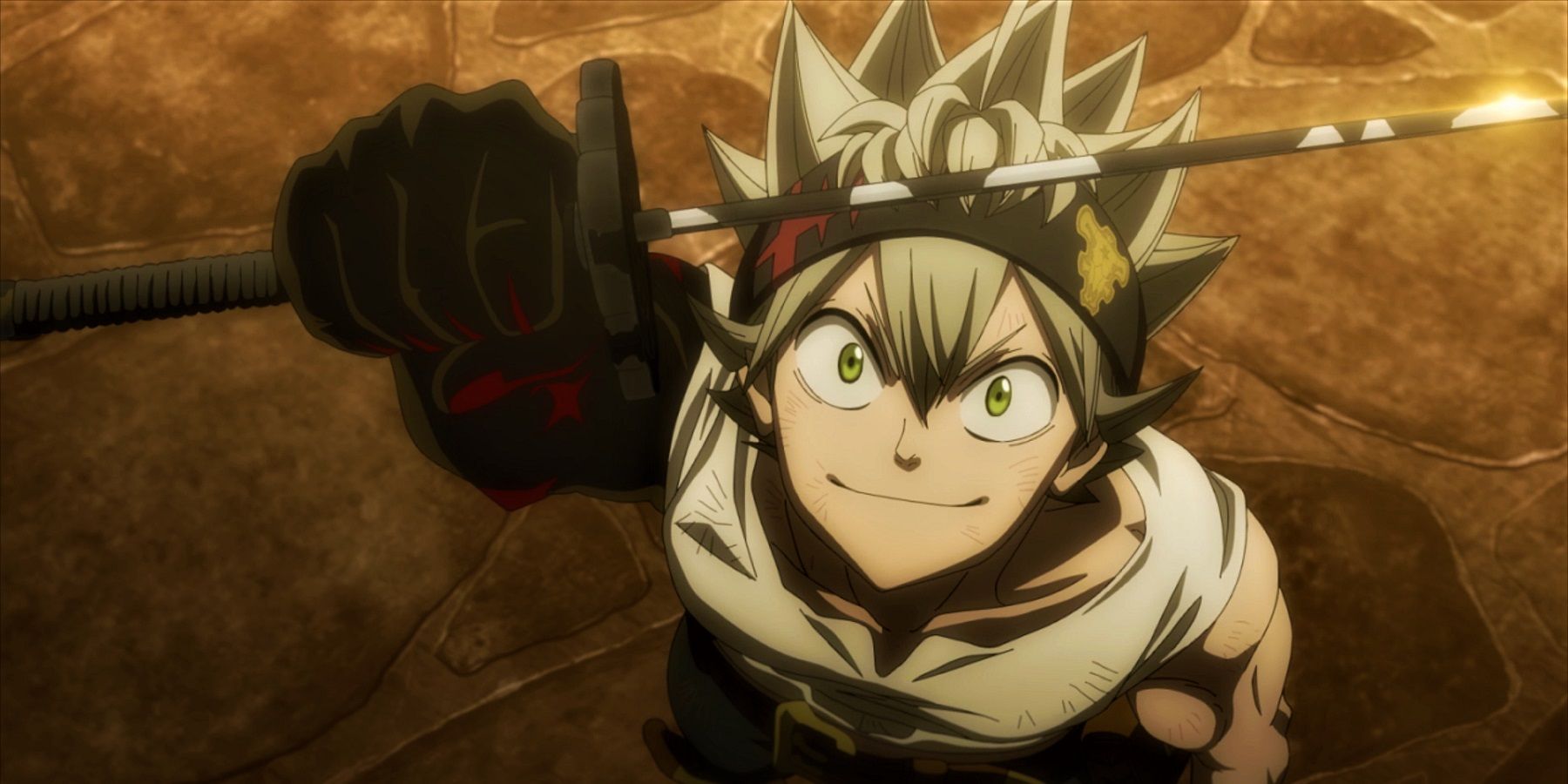 Earlier in black clover, Asta’s family secrets were shrouded in mystery. When he is revealed to possess a five-leaf clover grimoire and a demon residing within him, fan and critics’ interest in his origin was slightly assuaged by the brief backstory revealed in the anime, featuring the link between Asta’s mother and her demon. Revealing this information regarding the demons also means what’s to come for the Magic Knights of Clover Kingdom. black clover ended on a cliffhanger after the battle between the Black Bulls and the Devils. However, while everyone is waiting for another spectacular season, here’s a recap of the events surrounding Asta’s devil’s origin and unique abilities.

GAMER VIDEO OF THE DAY

In a realm where mana is a prerequisite for greatness, Asta shatters societal prejudice, excelling as a magic knight in defiance of most characters, despite possessing no mana, an essential requirement. Throughout the anime, with the help of his friends, the members of the Black Bulls, and the guidance of Yami Sukehiro, the team captain, Asta makes a name for himself in the Clover Kingdom, especially during of the Elf Reincarnation Arc. However, a new crisis surfaces and after a series of events, the true nature of Asta’s demon is revealed.

What happens during Asta’s Devil Ritual?

The whole story begins Chapter #268 of Black Clover Manga and Episode 171 from the anime. In this chapter, Asta is involved in a devil-binding ritual. The purpose of this ritual was to allow Asta to contract with his devil to fully utilize his power. However, before that happens, Asta would have to connect with his devil. Later, the ritual reveals the connection and truth behind Asta and the demon’s past.

As expected, the ritual allows Asta’s devil to manifest. The Devil’s name is revealed to be Liebe, and as soon as he materializes, Asta thanks Liebe for lending him strength, one of the reasons he was able to become a Magic Knight. Worried for Asta’s safety, Nacht tells Asta to fight his demon; however, Asta refuses, stating that based on his “Ki”, ​​Liebe has no intention of fighting him. Asta goes on to say that Liebe’s nature as a devil doesn’t necessarily mean he’s a villain. These benevolent words trigger a distant memory in the devil, revealing a flashback that surprised black clover Fans.

What is the link between Asta and Liebe?

After Liebe’s revelation, the next scene depicts a young devil born without any magical powers, further revealing how the devil was constantly bullied by other demons in the underworld. The young devil is thrown over the magic barrier separating the world of humans from the world of demons. However, due to his lack of magic (or probably anti-magic), he slips through the barrier effortlessly.

Amazingly, after regaining consciousness, he realizes that he was saved by a human woman, Licita. The young demon was amazed that the human woman wasn’t fazed by his appearance. She even says it was “fate” they met since Licita unwittingly absorbs life force and magic from anything nearby. However, the young devil possessed no magic, making him the perfect partner for Licita. Additionally, Licita reveals that she discovered the Five-Leaf Grimoire before she encountered the Devil, highlighting a possible connection to Asta.

After their fateful encounter, Licita treated the young devil, later revealed to be Liebe as her child. No information in black clover manga suggested that Licita named this young devil. However, it is clear that Licita changed Liebe’s life for the better. Licita also claims that Liebe was her saving grace from a life of loneliness and loneliness. At this point, the anime reveals a flashback of Licita abandoning a baby in front of a building.

Using Licita’s facial structure and her connection to the unique Grimoire and Liebe, one can correctly deduce that Licita is Asta’s mother and the abandoned baby is Asta. However, Licita’s reason for abandoning Asta is unclear. Afterwards, Liebe reveals his thirst for vengeance towards Lucifero, the devil he says is responsible for Licita’s death. Apparently, Asta and Liebe are bonded by Licita’s magic, and the reason why they both can use the Five-Leaf Grimoire is still unknown in the anime, but hopefully it will be revealed.

What are Asta’s evil abilities?

Although he has no magical abilities, Asta’s devil Liebe has unique abilities that make him a strong opponent. More importantly, Liebe can use the power of Anti-Magic, which is inside the Five-Leaf Grimoire Swords: Demon Slayer, Demon Dweller, and Demon Destroyer. These swords can negate, reflect, and slash any form of magic. It is also possible that Asta and Liebe have an evil union.

Although it was not revealed in the anime, based on the Dark Triad forms, it is possible that Liebe and Asta have a similar form. black clover constantly pointed out that high-ranking devils are the strongest, so it’s safe to assume that Liebe isn’t powerful. However, his anti-magic ability more than makes up for this shortcoming. This power managed to harm Dante, the host of the most powerful devil, Lucifer, so Liebe’s power is promising. Based on these revelations, fans can assume that black clover has a lot in store for them when it comes to the true breadth of Liebe’s abilities and the potential of the Asta-Liebe combo.

PS Plus Premium PS1 and PSP titles will have new save, rewind and more features

Emedo Destiny is a freelance writer and editor based in Lagos. He is currently pursuing a law degree at the University of Lagos. Currently, he works for Valnet, Inc as a Features and Lists Writer for GameRant. Destiny enjoys cubing, reading light novels and manga, and animating in her spare time.