Austrian Grand Prix: the origin of the European MotoGP competition… 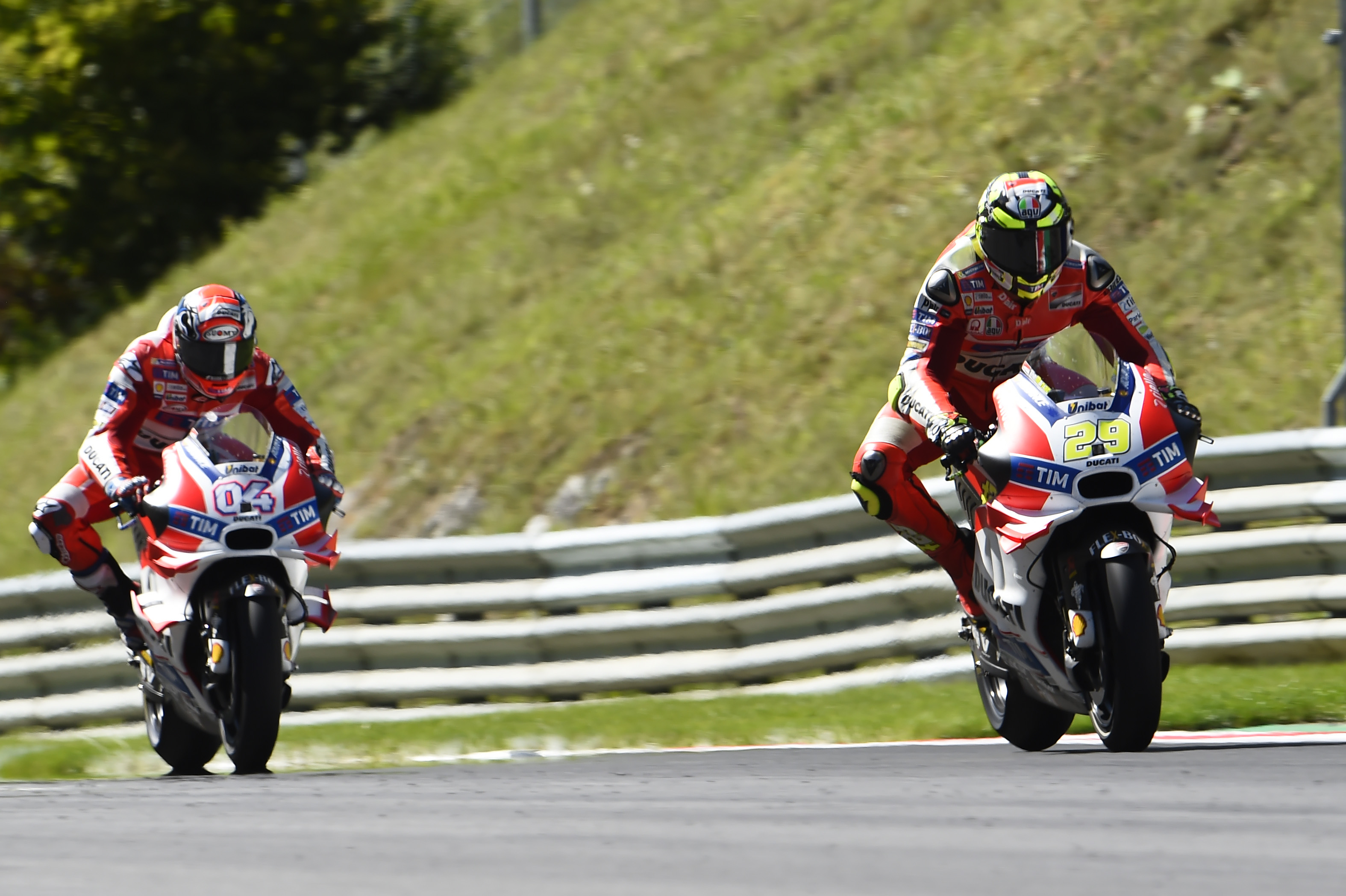 Austrian Grand Prix: the origin of the European MotoGP competition…

MotoGP has seen a major change over the past six years. This weekend the championship returns to the epicenter of this change in the Austrian Grand Prix.

This weekend, the MotoGP World Championship heads to the Red Bull Ring in Austria, the scene of some memorable races since its return to the Grand Prix calendar in 2016.

Last year, for example, saw the memorable victory of Brad Binder, who won the Austrian Grand on slick tires in the rain. A week before, Jorge Martin took his first first-class GP victory.

A unique feature of the Red Bull Ring is its history of winners. Every MotoGP race since 2016 has been won by a European motorcycle.

It started with Andrea Iannone in 2016. It was his first – and remains his only – victory in MotoGP. For its factory at the time, Ducati, it was their first victory in six years, and the first victory with Gigi Dall’Igna as chief engineer on the Desmosedici.

These victories – all from Iannone to Binder – are part of the change that has taken place in MotoGP since 2016.

This change lies in the location of the dominant manufacturers.

Marc Marquez won all the championships from 2013 to 2019, Joan Mir in 2020 and Fabio Quartararo in 2021. Their manufacturers were of course all Japanese: Honda for Marquez, Suzuki for Mir and Yamaha for Quartararo. Yet, since 2016, none of these titles have been won with the best bike.

Marc Marquez is a unique talent, as he was able to win titles between 2016 and 2019 on a bike with which no other rider could win on a regular basis.

Fabio Quartararo displays a similar trait, leading the Riders’ World Championship despite his fellow Yamaha riders’ inability to break into the top 10.

But, in neither of these cases was the bike under the winning rider the most important factor in their success.

Indeed, European manufacturers have taken over from Japanese manufacturers as the leading factories in MotoGP. In addition to Ducati, Aprilia and KTM have become superior operations in MotoGP than Suzuki, Honda and Yamaha.

This is clearly seen in the results. Let’s just look at the last Grand Prix at Silverstone. The best non-Italian bike was Miguel Oliveira in sixth, and the best non-European bike was Alex Rins in seventh on the Suzuki, while Fabio Quartararo was the best Yamaha in eighth and Takaaki Nakagami the best Honda in 13th. Eight of the top 10 at Silverstone were European bikes and 10 of the top 12 were. Sure, it helps when Ducati has eight bikes themselves, but they still need to be at a good enough level to dominate the top positions.

Andrea Dovizioso, who now rides for WithU RNF Yamaha, is convinced the reason goes deeper than just a coincidence of the respective European factory builds.

The risks of the Europeans are currently playing against the conservatism of the Japanese, who prefer not to take risks, and not to test new things on the circuit. This was highlighted at Silverstone when Ducati brought a new rear aero package to the race untested, and Enea Bastianini ended up riding it in fourth place.

“In my opinion,” Dovizioso explained, “European constructors show how good they are now because they work in a different way, especially the team structure and behind [the team] is different from the Japanese.

For the Japanese, of course, they continue with the structures and mentality that have won them the vast majority of world championships since the dawn of 500 two-strokes, and every rider title since 2008.

For Japanese manufacturers, the reaction is slower than Europeans. This is for a number of reasons, including simply geography. Of course, it doesn’t take anything special to understand that Japan is quite far from Europe.

Plus, there’s a reason Dorna’s Talent Cups power all the young moto racers in the Spain-based FIM JuniorGP. The benchmark for motorcycle racers is established in Europe. The best young riders come from Spain and Italy, as these two countries spend the most resources on motorcycle racing. Therefore, for Northern European, British and Asian kids who want to become a MotoGP rider, they must first compete against the best from Spain and Italy in the European Talent Cup, JuniorGP and Euro-centric Red Bull Rookie MotoGP Cup.

The result is that the best riders are in Europe, and finding a MotoGP-paced rider in Europe is significantly less difficult than finding one in Japan. That’s why Yamaha signed Cal Crutchlow, 2009 WorldSSP champion and three-time MotoGP race winner, as a test rider; why HRC signed 2011 Moto2 World Champion Stefan Bradl; and why Suzuki signed 2014 SBK World Champion Sylvain Guintoli.

They have speed comparable to or better than Ducati’s Michele Pirro; KTM’s Mika Kallio and Dani Pedrosa; and Lorenzo Savadori of Aprilia. It is important, but what is more important is to be able to use these test pilots.

This is where the resources come back. In Japan, there are two tracks that could be considered “Grand Prix tracks”: Suzuka, which is too dangerous, and Motegi. In Europe, on the other hand, there are all the tracks currently on the calendar, and more, like Le Castellet in France, for example (although it could do with gravel).

This means that you must test in Europe. For Ducati and Aprilia there is both Mugello and Misano to beat, and for KTM there is the Red Bull Ring.

For Europeans, the same tracks are available, but assembling, funding and supplying the necessary test crew to go and use them several times a year is more complicated, and will only get more complicated as the global economy continues to suffer as a result of pandemics and wars.

Over the past six years, the gap deficit with European manufacturers – then only Ducati – from which the Japanese suffered has been reversed. They don’t have the Riders titles to prove yet, but their dominance over the Japanese is no longer in doubt.