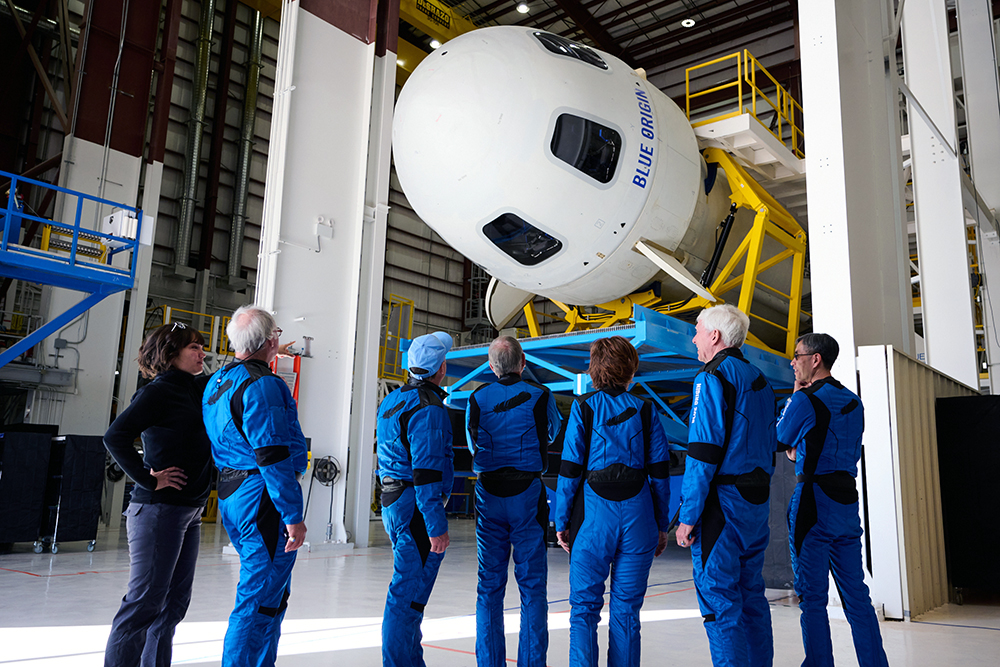 Blue Origin is set to launch its next crewed mission, NS-20, with an all-civilian passenger crew.

The launch, scheduled for Thursday morning, will mark the 20th spaceflight of the New Shepard missions. It was originally scheduled for Tuesday but was postponed due to forecast high winds.

Jeff Bezos’ commercial space company set many records throughout the New Shepard program, and it will do so again by sending the first husband and wife duo into space, Sharon and Marc Hagle.

Marc Hagle is President and CEO of Tricor International, a residential and commercial real estate development company, which owns more than 17.4 million square feet of property in the United States.

Saturday Night Live comedian Pete Davidson was originally scheduled to board the NS-20, but backed out for unspecified reasons. (Blue Origin has already carried several celebrities into space, including Michael Strahand and William Shatner.)

Blue Origin’s 20th flight from New Shepard has been rescheduled for Tuesday, March 29. Pete Davidson is no longer able to join the NS-20 crew for this mission. We will announce the sixth crew member in the coming days.

In Davidson’s place, New Shepard’s chief architect, Gary Lai, will round out the six-person team. Lai joined Blue Origin in 2004 as one of the company’s first 20 employees.

Prior to launch, the company revealed the NS-20 patch design on Twitter.

the #NS20 The mission patch features unique elements representing each of our astronauts. Check out some of the designs in this patch:

The crew will launch into space aboard the New Shepard rocket system, powered by the Blue Engine 3 (BE-3). The self-landing booster is capable of slowing down to 5 mph just before touchdown.

According to Blue Origin, 99% of New Shepard’s dry mass is reused. As for wet mass, the BE-3 is powered by liquid oxygen and hydrogen, expelling water vapor during flight without carbon emissions.

The crew capsule seats up to six passengers and features the largest windows to have flown in space.

Live coverage of the launch on the Blue Origin website will begin around 8:20 a.m. ET before liftoff from Launch Site One in West Texas.