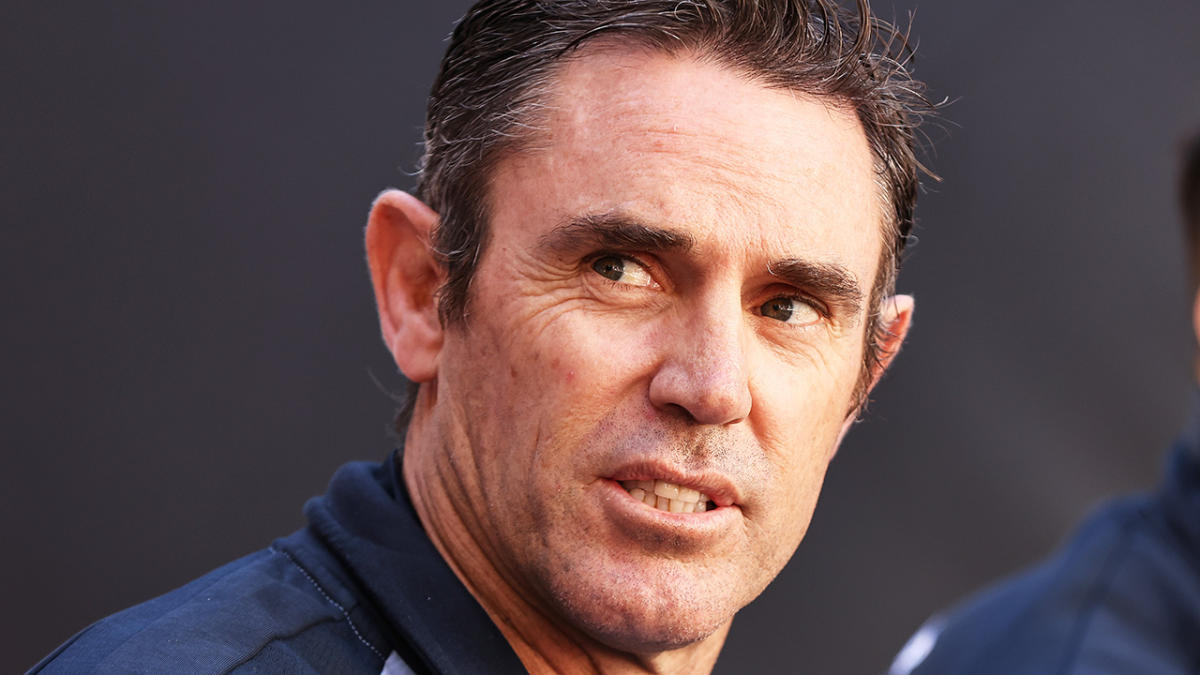 NSW manager Brad Fittler has ridiculed a question he was asked about his meeting with referee boss Jared Maxwell ahead of State of Origin IIafter it was suggested he influenced the sin-binning of Felise Kaufusi.

Fittler met with the referees after the Blues’ loss at Origin I to discuss several plays which he believed had unfairly favored Queensland, with reports also suggesting he had done so before the series started as well.

‘WHAT JOKE’: Queensland fans rage over State of Origin ‘disgrace’

Kaufusi’s sin-binning was a crucial turning point in Origin II, with NSW gaining momentum as the Maroons began to tire due to the man disadvantage.

Eagle-eyed fans actually noticed that Kaufusi was back on the pitch about a minute and a half before the 10 minutes were up, but that didn’t matter in the end as the Blues ran away to a 44-12 victory.

The Maroons striker had been sent off following three breaches in a brief spell as Klein saw enough and sent him to the trash can in a move that angered Queensland fans.

Fittler, during an appearance on Channel 9 100% Footywas asked if his meeting with the referees had any bearing on Klein’s sin bin decision.

“Freddy there was a big moment in the game just before half-time the sin-binning of Felise Kaufusi,” the host asked.

“Do you think your comments after Game 1 and meeting with the referees contributed to Ashley Klein’s decision to trash Kaufusi?”

The Blues coach bristled at the question, quickly called it off and pointed to the rapid succession of penalties that preceded Klein’s decision.

“Seriously? You have (the replay) on TV now, it’s ridiculous,” he said.

“And just before that there was a penalty and two sixes again, so no I don’t think so at all.

“I think we also lost the penalties.

“We had slower ball games in the stats I got back, so ultimately I don’t know how much leverage I got there.”

Channel Nine footage showed Kaufusi receiving his marching orders as the clock approached 39:00 in the game, but returned to the pitch at 47:24.

That means he only spent about eight and a half minutes of actual game time in the trash, instead of the full 10 minutes.

Speaking on NRL 360 on Monday night, Paul Kent explained that because NSW scored in the closing seconds of half-time, Nathan Cleary took the conversion after the clock hit 40:00.

The clock was at 40:00 for about a minute as Cleary took the kick, which counted towards Kaufusi’s time in the sin-bin.

“It seemed like about a minute, 40 seconds disappeared from his trash,” Kent said.

“Now we went after (NRL football boss) Graham Annesley and he said because they scored and the kick went after the half-time bell, that’s where the (time) is gone.

“So for some reason that 1:40, even though it wasn’t part of playing time, it was part of Kaufusi’s sin bin.”

Kent said the biggest problem for the game might be the fact that a three-hour system is still used.

“But that’s my problem, and Todd Greenberg talked about it when he was in charge,” Kent added.

“If you remember, years ago there was another clock disturbance and when we sat down we said we had a game clock (operated by officials), we we have a broadcast clock (on the TV) and we also have a floor clock (on the dashboard).

“It’s so basic, and we almost got there last night with it, but it’s so basic that I don’t know why they’re not fixing it. It’s a dead 1950s game.”

Click here to sign up to our newsletter for all the latest stories from Australia and around the world.