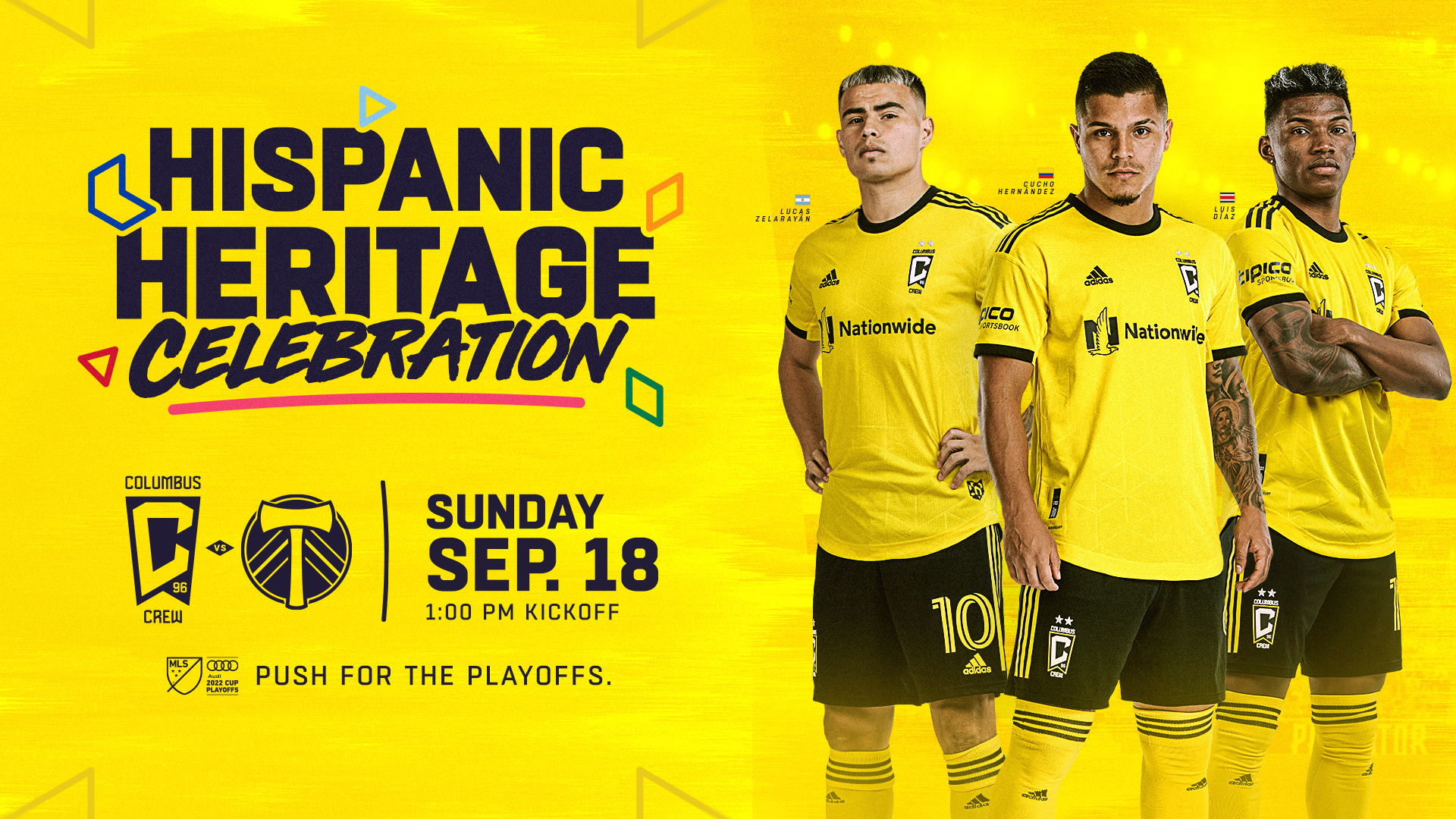 The crew engages in inclusive community activities throughout the year, and Hispanic Heritage Celebration at Lower.com Field will celebrate the Hispanic community of Columbus as part of Hispanic Heritage Month, which runs from September 15 through October 15 each year.

“Columbus is a very diverse city whose multicultural population has been essential to the city’s growth. We are extremely proud of our Hispanic community in Columbus, which has helped shape not only our city, but the very history of our club,” said Kristin Bernert, president of business operations for Crew. “Our team has a rich history of Hispanic players, including Guillermo Barros Schelotto and Federico Higuain. These are players who joined the Crew not only because they believed in our Club, but also in the city of Columbus. We are proud to continue our proud history of having Hispanic players on our team through Luis Diaz, Juan “Cucho” Hernandez and Lucas Zelarayan, and we are also proud to have groups of supporters like La Turbina Amarilla and Guardia Noventa y Seis who celebrate our Hispanic community.

Before the game, Crew fans of all ages are invited to join the lively and inclusive March to the Game on Sunday. In a Black & Gold showing through the downtown Arena District and ending in Astor Park, the march offers an opportunity to capture the intense build-up of each home game day at Lower.com Field in a new tradition that returns in the first full season of The Crew. on the Lower.com field. Fans are encouraged to meet at Battelle Plaza – the main assembly point – beginning at 11:30 a.m. ET and departing for the stadium at noon ET. Fans curious about the march to the game are invited to click here. Grand Marshals of the March will be representatives from the Ohio Hispanic Coalition, La Turbina Amarilla and the G96.

All fans in attendance on Sunday are invited to Community Plaza beginning at 11:30 a.m. ET to participate in activities such as Nationwide Kick & Win, Lower.com Soccer Skee-Ball, Scott’s Yard Games, including cornhole, pop-up goal and soccer pong. , Tim Horton’s Prize Wheel, AARP Listening Chart, Pepsi Sampling, and SpeakEASEy Bar. Additionally, in the Plaza, there will be the Ohio Suicide Prevention Foundation and 4 Paws for Ability, working together to promote ways to relax. Plaza fans will be treated to a live performance by Spanglish punk band Troubled Sapiens.

The hometown hero of the game will be Randy Swartz, and the US national anthem will be performed by Columbus-based bilingual singer Karen Echeverria-Labra, who previously sang the anthem at the Hispanic Heritage Night celebrations of the club in 2021. The hero of the day will be first-generation Mexican-American, Crew Member since 2016 and founding G96 member, Diana Lopez. The honorary captain will be a representative of the Ohio Suicide Prevention Foundation, and the toss captain will be Columbus Blue Jackets winger Johnny Gaudreau.

Additionally, several in-stadium announcements included that the starting XI will be done in Spanish, while DJ Leek will play Hispanic Heritage Day-themed warm-up and halftime music. The Nordecke will feature flags from all Hispanic countries, while representatives from La Turbina Amarilla and La Guardia 96 – two of Nordecke’s Hispanic supporter groups – will take on capo responsibilities.