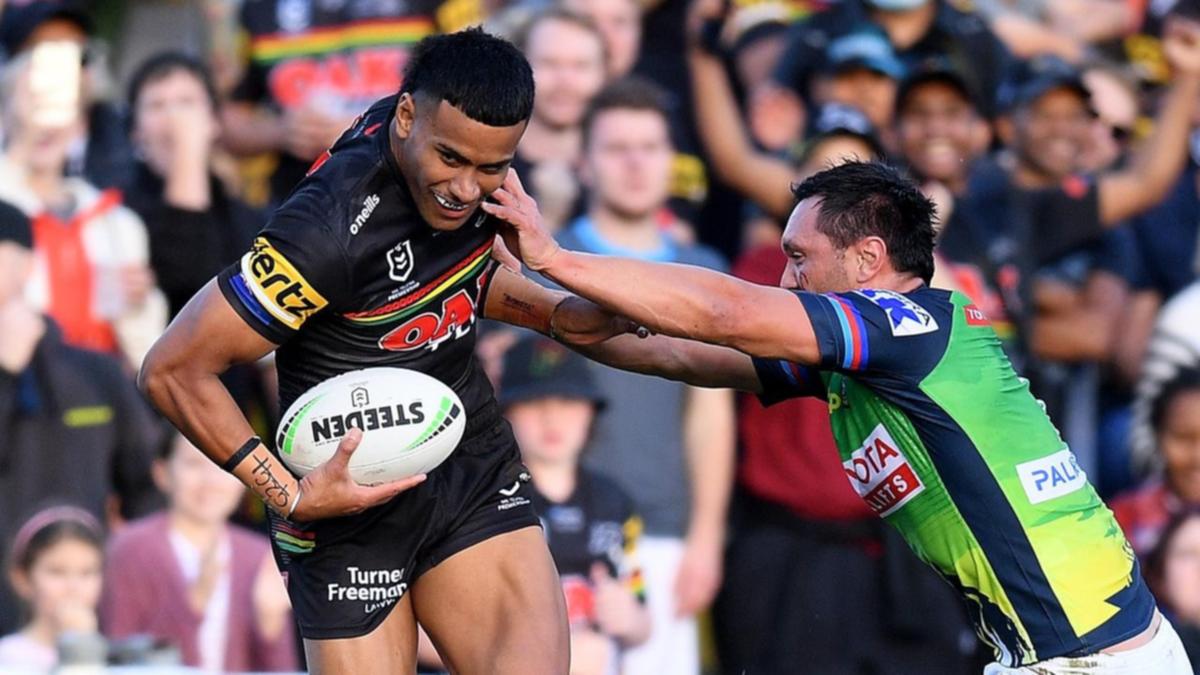 The 21-year-old Penrith center was already in the selection mix with Latrell Mitchell out with a hamstring injury, but with Trbojevic joining him on the sidelines, there are now two vacancies in the NSW backline for the match I in Sydney on June 8.

Blues manager Brad Fittler will name his squad next weekend, with Crichton continuing to prove his claims with a try from the length of the pitch in Penrith’s 32-12 game against the Sydney Roosters on Saturday night.

Crichton said it was a blow to Trbojevic, who was the Wally Lewis series player at Origin last year.

“I feel a lot for him,” Crichton said.

“I always knew he was the first choice and he had to go down, and especially with a season-ending injury… he’s had his fair share of injuries and it’s definitely not the right time, so I feel for him.”

Given Penrith’s table form, Fittler could look to recreate the combinations of the 2021 NRL Premiers in the Origin Arena with Crichton, a possible Penrith seventh player in the NSW 17.

While he’s Canberra’s No.6 and played there for NSW in Game 3 last year with injured Jarome Luai, Wighton has started in crosses in five of his nine Origin appearances and could be preferred rather than two beginner centers.

Crichton said he was trying not to get caught up in which direction the NSW coach might go.

“It’s in my head but I’m not trying to force it,” Crichton said of the Origin selection.

“I know it’s there, but I don’t want to speed up and start playing badly for the Panthers.

Fittler said he spoke to Trbojevic and said it was a ‘cruel blow’ for the player, Manly and also the Blues.

Fittler’s only defeat as NSW manager came in 2020 when both strike weapons Trbojevic and Mitchell were unavailable.

“When you look back the ball was actually dead when it dipped on it, there were a few kicks before it,” Fittler told the Nine Network’s Sunday Footy Show.

“It’s just tragic. Not just for the Blues obviously – being a bit selfish there – but for the Manly fans, and taking him out of rugby league is quite sad.

“Cruel to everyone involved.”