Entertainment areas that transmit the vibrations and activities of 10 countries, underwater walks in the largest artificial lake in the world 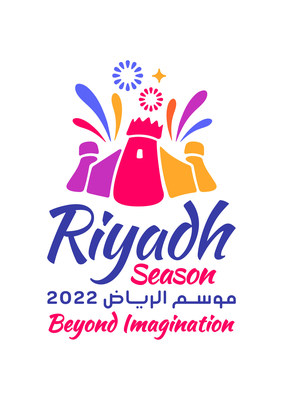 Entertainment areas that transmit the vibrations and activities of 10 countries, underwater walks in the largest artificial lake in the world

RIYADH, Saudi Arabia, October 14, 2022 /PRNewswire/ — Saudi General Entertainment Authority (GEA) Chairman of the Board, Turki Alalshikh, has announced the launch date for Riyadh’s 2022 season, under the slogan “beyond imagination’. The season starts on October 21, 2022with an international celebration.

Alalshikh said the new season includes 15 zones. The new Boulevard World showcases the cultures of many countries, including America, France, Greece, India, China, Spain, Japan, Morocco, Mexicoand Italy. It also has the largest man-made lake in the world, where visitors can enjoy driving submarines for the first time in Riyadh. Cable cars will transport visitors from Boulevard World to Boulevard Riyadh City, with a capacity of 3,000 visitors per hour.

Boulevard Riyadh City returns with 12 new restaurants and cafes. There are also 25 Arabic and international plays, including 7 Saudi plays, in addition to weekly concerts.

winter wonderland returns with five new games and experiences, while Al Murabaa hosts 8 international restaurants. Riyadh Sky offers lounges that embrace the clouds for visitors to enjoy special drinks and meals. Going through Riyadh has an exceptional selection of restaurants and cafes, a five-star hotel for the first time in the Kingdom and 7 cinemas.

There are also several exhibitions, such as a toy fair, workshops, Ana Arabiah (I am an Arab), perfumes, cars, anime and Black Hat.

The season features Riyadh Zoo, with more than 1,300 animals from 190 species. There are also surprises in Little Riyadh and The Groves. For sports fans, the Fan Festival at Mrsool Park Stadium has a capacity of 20,000 spectators per match. Imagination Park is a bustling entertainment destination dedicated to gaming experiences.

There are several free areas and events during the season, such as Al-Suwaidi Garden, Qariat Zaman, and Al-Zel Souq.

Riyadh’s exclusive blend of suspense and modernity in the 2022 season cements the Kingdom’s position as one of the most prominent regional and international entertainment destinations.