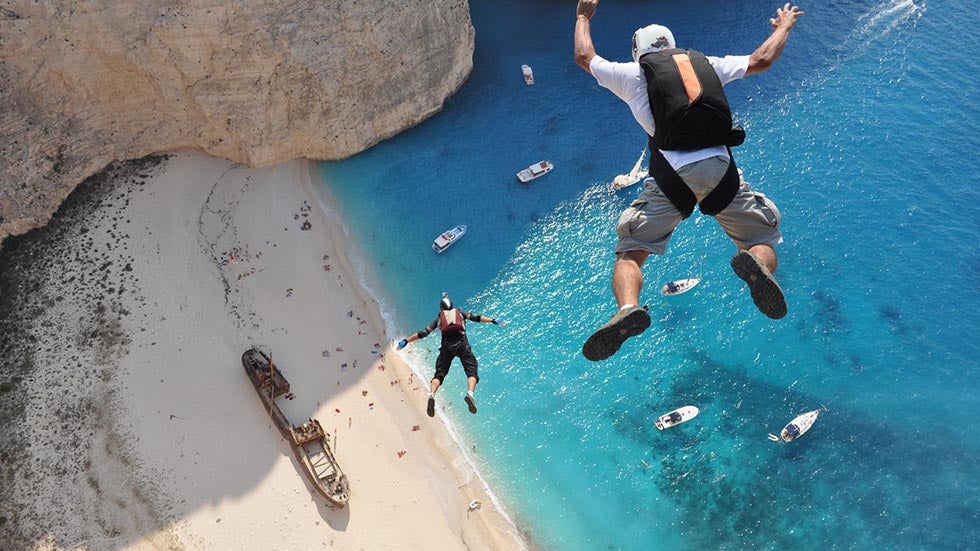 A BMX rider cycling up a 90 degree angle on a hill in Canada. A cliff diver diving 95 feet from the rock monolith in Portugal. A wake boarder cutting through a field of cranberries and a climber hanging from an ice dagger in the Canadian Rockies. These are just a few of the adrenaline pumping scene photographers from the 2013 Red Bull Illume Image Quest Photo Contest captured.

What drives people to confront Mother Nature? Trying to conquer unpredictable and immense forces can be scary for most, but for the daredevils featured in these photos, it’s their fuel.

Thousands of the world’s top action and adventure photographers entered the competition, which has now been reduced to 250 photos. An international panel of photo editors will select the top 50 and the overall winner.

“It was truly breathtaking,” James Mullinger, director of photography for British magazine GQ, said in a statement. “I have never seen such a high standard in a competition before and can’t wait to see the final winners revealed.”

The top 50 photos selected by the panel will be showcased in a public exhibition in Hong Kong starting August 29 and running until September 15. The winner will receive camera equipment worth over $2,600 provided by Leica, broncolor and Sun-Sniper.

The images featured in the slideshow above are among the 250 shortlisted entries for the competition. The winners will be announced on August 29 at a ceremony in Hong Kong.

READ MORE ON WEATHER.COM: Amazing photos of surfers under the waves