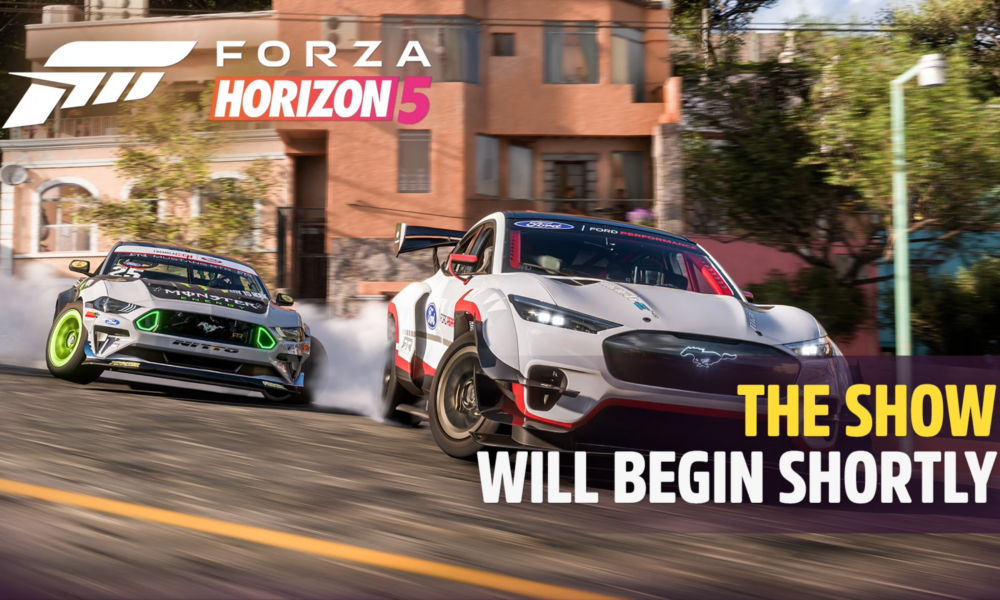 The summary of the first five The Forza Horizon 5 festival playlists have been pretty straightforward, focusing on a particular theme and area of ​​the game for players to explore. Festivals over the past month have focused on PR Stunts centered around the Horizon Rush outpost. This month, Series 6 is looking to expand it to the entire game.

A host of new additions to Forza Horizon 5, including a new story, increased Eventlab support, and an updated way to play against others online through Horizon Open, are all titles in the series to come. to come. For the majority of subsequent seasonal playlists, you will see an increased focus on Eventlabs and Horizon Open.

The brand new story, “Drift Club Mexico”, is a challenge for the duration of the festival. This is the first new Horizon 5 story to be added since the game’s launch. Completing this story before the end of the Spring Playlist will earn you three points for all seasons as well as the “Legendary” Ford Mach- E 1400.

In general, playlists will all offer more chances to earn points as well, with an overall increase from Series 5 to 208 total points to 230 total in Series 6. A ton of new and exciting stuff is just at the beyond… HORIZON… sorry, bad pun.

Anyway, let’s go through the entire season rewards as well as highlights from each season so you have an idea of ​​what to expect in Series 6.

For the entire Series 6 Festival, more Season Challenges have been added, so more opportunities to earn points have also been included.

A total of 230 points are available over the four seasons. You only need 80 of them to unlock an “epic” Honda NSX-R GT. The series grand prize with 160 total points is Ford GT40 #2, a “legendary” addition to your car collection.

The Festival starts in the summer, as usual. The wet season has 58 points up for grabs, with the “epic” Ascari KZ1R winning with 20 points. Earning 40 of the 58 points will earn the Jaguar C-X75, another “legendary” vehicle in the Forza Horizon 5 platform.

In summer, starting the #Forzathon Weekly Challenge, for five points, will require you to own the 2018 Dodge Challenger SRT Demon. Completing this challenge will also earn you 80 Forzathon Points for the Festival Shop.

Other events feature a handful of Super Wheelspins, but you can also get an “Epic” ’92 Honda NSX-R by completing Retro Wave and a “Common” Morgan 3 Wheeler by completing the Hand Crafted Championship.

The summer photo challenge is the #CIRCLEOFLIFE, which asks you to photograph a 2016 Porsche Cayman GT4 at the Farid Rueda Lion mural in Playa Azul, earning two points and a “legendary” Farid Rueda’s Lion t-shirt.

Moving on to fall, the season of storms, 57 points can be earned through this season’s festival event series. 20 points will earn you an exclusively ‘epic’ McLaren 765LT, a new Forza Horizon 5 vehicle. At 40 points earned, an ‘legendary’ Ferrari Enzo can be yours.

The car needed for the #Forzathon Weekly Challenge will be the 1994 Mazda MX-5 Miata, and completing all four tasks will earn 5 points and 80 Forzathon Points.

In the fall, The Trial returns an ’05 Ford GT as an “epic” reward. Again, two event labs with rewards can also be completed in the fall. JamesMiata’s Bounce House V2 can get you a “legendary” builder’s helmet while TapperZ87’s Piñata Power! V1 Eventlab can win an “epic” ’81 Ford Fiesta.

Again, there are plenty of Super Wheelspins to unlock here, which could essentially lead to more cars through possible credits or even earned cars. Otherwise, a “common” ’99 Lotus Elise is earned via the Seasonal Championship.

There will be a treasure hunt in the fall! It’s called “Double Up” and gives an “epic” painter hoodie as a reward. The photo challenge is #FLYTHECOUPE where players will have to photograph a 2016 BMW M2 coupe with the Raul Urlas mural.

Continuing with the reinvigorated Horizon Open, you can earn a “Legendary” Police Siren by gaining three levels on this mode, or you can earn a “Common” Subaru WRX ’15 by completing a Custom Dirt Race.

Now in winter, also known as the dry season, the festival once again has 57 points to collect across the multiple challenges it contains. Earning 20 of those points will earn an “Epic” ATS GT ’18 while 40 will earn a “Legendary” Porsche 911 GT1.

For the weekly #Forzathon winter challenge, you’ll ride in the smallest of the toy cars, the 1962 Peel P50. Completion here again earns five points for the season and 80 Forzathon points to spend.

This season’s trial is called Cross Roads and the ‘epic’ BMW X6 M is the prize for completing it. An Eventlab from Finland’s Ghost422 can win a “rare” VW Type 2, while Photo Studio V3 Eventlab from Takano 00 gets you an “epic” photo hoodie.

Another Super Wheelspin available alongside a “common” ’16 Honda Civic, but this season’s championship gets you an “epic” ’17 Bentley Continental.

Winter has a #BEARNECESSITIES photo challenge with a “legendary” Farid Rueda’s Bear t-shirt up for grabs. An “epic” Dial Up Modem car horn is earned by doing 10 pass skills in Horizon Open, and a “rare” ’17 Chevy Camaro can be earned by completing a custom street race in Horizon Open.

In Spring, the hot finale of the festival seasons, 58 points are available through the multiple challenges that await you. At 20 points, an “epic” McLaren 650S Spider can be won while at 40 points, a “legendary” Lamborghini Aventador SVJ is your prize.

The spring trial is red against blue, and an “epic” Tuning hoodie is the prize. An “epic” Audi R8 ’13 is won in the Pondernyeorb Eventlab, while a “legendary” Piñata Pop car horn is won in the X Dead Zeppelin Eventlab.

After the trio of Super Wheelspins, another “epic” reward, the Challenger ’70, is won from the season championship.

Another scavenger hunt appears in the spring, called Fine Tuned. The photo challenge is #RACINGSPOTS and will involve a 2013 Toyota 86. Finally, the Horizon Open challenges are cross-country focused, as completing one of these custom races will earn you a common BMW X5 M.

Check out the full Let’s ¡GO! episode below, and also be sure to check the changelog for the latest updates below.