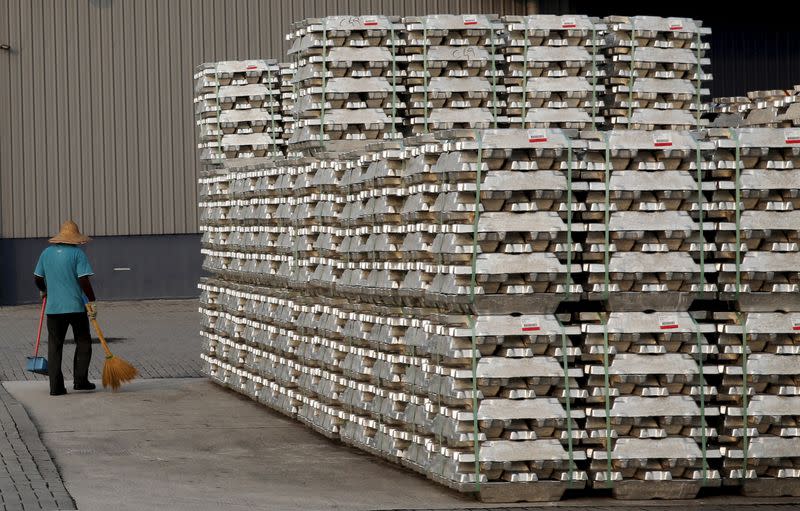 By Pratima Desai and Mai Nguyen

Another source with direct knowledge said the aluminum delivered to Gwangyang was produced by Rusal.

Deliveries to LME warehouses highlight the difficulties facing Rusal, the world’s largest aluminum producer outside China, as 2022 contracts expire and buyers shun Russian metal for contracts. 2023, one of the sources said.

Some aluminum buyers and end users in the transportation, construction and packaging industries do not want Rusal’s aluminum in their products. Undesirable metals such as aluminum from Rusal typically end up in the LME system, a market of last resort for consumers and producers.

The sources did not specify how much of Rusal’s aluminum was delivered by Glencore to LME’s warehouses in Gwangyang.

Glencore and the London Metal Exchange declined to comment. Rusal did not respond to Reuters request for comment.

News that the Biden administration viewed restricting Russian aluminum imports as a possible response to Moscow’s military escalation in Ukraine on Wednesday sparked a spike in aluminum prices of more than 7% in the past week.

Aluminum traders said the knee-jerk reaction was due to concerns over shortages if Rusal were sanctioned.

Rusal is the world’s largest aluminum producer outside China, accounting for 6% of global supplies estimated at around 70 million tonnes this year.

“There are things over the past few days that have made people sit up and realize the difficulties that Rusal is facing,” an aluminum industry source said.

Earlier this month, the LME launched a discussion paper on the possibility of banning the trading and storage of Russian aluminium, nickel and copper in its system.