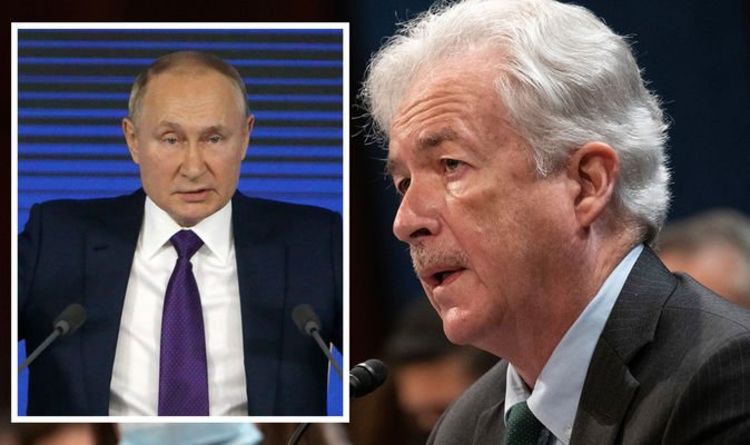 Known as Havana syndrome, the so-called neurological condition is said to have affected 1,000 US diplomats.

Those affected have reported headaches, dizziness, nausea, and other symptoms consistent with traumatic brain injury.

Some have previously claimed that the symptoms were the result of “directed” radio frequency attacks from Russia.

But CIA officials reportedly concluded that the Kremlin was not to blame.

They say most cases can be explained by environmental causes, undiagnosed medical conditions or stress, rather than actions by a foreign power.

The agency is continuing to investigate two dozen unexplained cases that may offer clues as to whether a foreign power is behind the condition.

The condition first came to public attention in 2016 after dozens of diplomats from the United States Embassy in Havana, Cuba complained of illness.

CIA Director William Burns said in a statement that the agency was pursuing a complex problem with “analytical rigor, solid business savvy and compassion”, and stressed that agency agents had experienced real symptoms.

He added: “Although we have reached important interim conclusions, we are not finished.”

“We will continue the mission to investigate these incidents and provide access to world-class care to those in need.

Earlier this month, Secretary of State Antony Blinken said in an interview that the United States still doesn’t know what Havana syndrome is.

While some experts have suggested that the disease is purely a psychological state brought on by stress, others believe it to be a deliberate attack.

Bill Evanina, a former senior US intelligence official, said; “Was it an offensive weapon in some way targeting individuals? I believe it was.

“You may wonder if the Russian government were increasing and spreading their intelligence operation in Cuba, probably not good for them to have the United States in Cuba en masse to identify some of the things that happened there”

Russia has denied any wrongdoing – and some agree.

The mysterious illness was explored by authors Robert Baloh and Robert Bartholomew in their March 2020 book, Havana Syndrome: Mass Psychogenic Illness and the Real Story Behind the Embassy Mystery and Hysteria.

According to the book’s description, the Havana syndrome “is one of the most extraordinary cases in the history of science.”

The authors concluded at the time that Havana Syndrome was not an effort to target American diplomats, but rather a psychogenic illness.

The investigation is continuing on a few remaining cases.