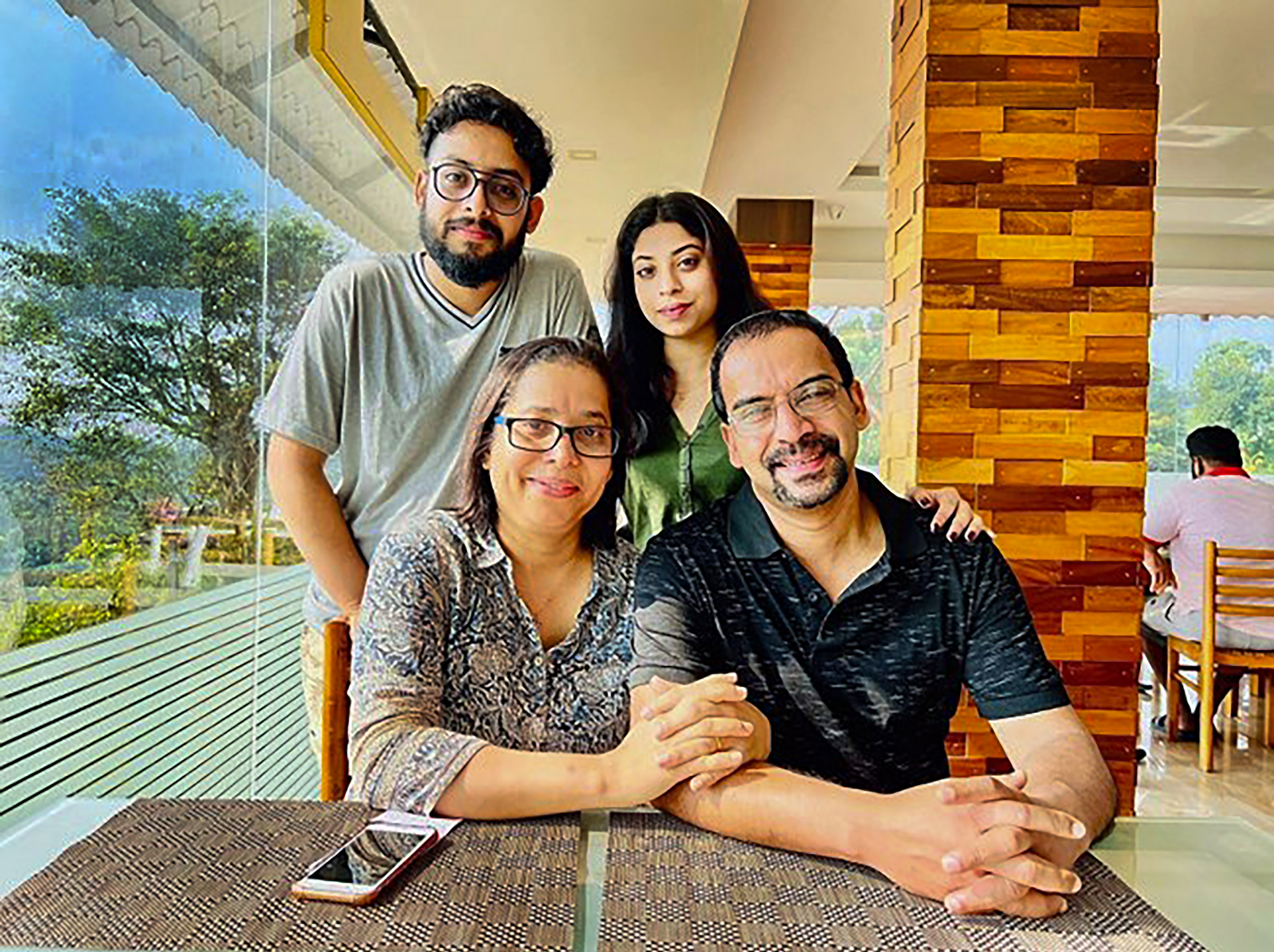 A 51-year-old Indian woman who had just months to live a few years ago celebrates on Monday after doctors said she had no signs of breast cancer following a trial clinic in a UK hospital.

Jasmin David from Fallowfield in Manchester is now looking forward to celebrating her 25th wedding anniversary in September after a successful National Health Service (NHS) trial.

David’s two-year trial at the Christie NHS Foundation Trust’s National Institute for Health and Care Research (NIHR) Manchester Clinical Research Facility (CRF) involved an experimental drug combined with Atezolizumab, an immunotherapy drug given intravenously which she continues to have every three weeks.

“I was 15 months later after my first cancer treatment and had almost forgotten about it, but the cancer came back,” David recalls.

“When I was offered the trial, I didn’t know if it would work for me, but I thought at least I could do something to help others and use my body for the next generation. At first, I “I had a lot of horrible side effects including headaches and temperature spikes so I was in the hospital over Christmas and pretty bad. Then luckily I started responding well to the treatment,” a- she declared.

The previously fit and healthy mother of two adult children, worked as a clinical manager at a care home for the elderly.

She found out she had an aggressive triple-negative form of breast cancer in November 2017 when she found a lump above her nipple.

She underwent six months of chemotherapy and a mastectomy in April 2018, followed by 15 cycles of radiation therapy which rid her body of cancer.

Then, in October 2019, the cancer returned and scans showed multiple lesions throughout her body, meaning she had a poor prognosis.

The cancer had spread to the lungs, lymph nodes and chest bone and she received the devastating news that she had less than a year to live. Two months later, and with no other options, David was offered the opportunity to be part of research by participating in a Phase I clinical trial.

“I turned 50 in February 2020 while still undergoing treatment and not knowing what the future held for me. Two and a half years ago I thought it was the end and I now feel like I’ve been reborn,” David said.

“There is a change in my life after I returned from India to see my family in April and I have decided to take early retirement and live my life in gratitude to God and medical science. My family have been very supportive of this decision. I will be celebrating my 25th wedding anniversary in September. I have so much to look forward to,” she said.

“My Christian faith has helped me a lot on this journey and the prayers and support of my family and friends have given me the strength to meet the challenge,” she added. In June 2021, scans showed no measurable cancer cells in her body and she was deemed cancer-free. She will remain on treatment until December 2023 but continues to show no signs of the disease.

“We are really delighted that Jasmin has had such a good outcome. At The Christie, we are continually testing new medicines and therapies to see if they can benefit more people,” said Professor Fiona Thistlethwaite, Medical Oncologist and Director Manchester CRF clinic at The Christie.