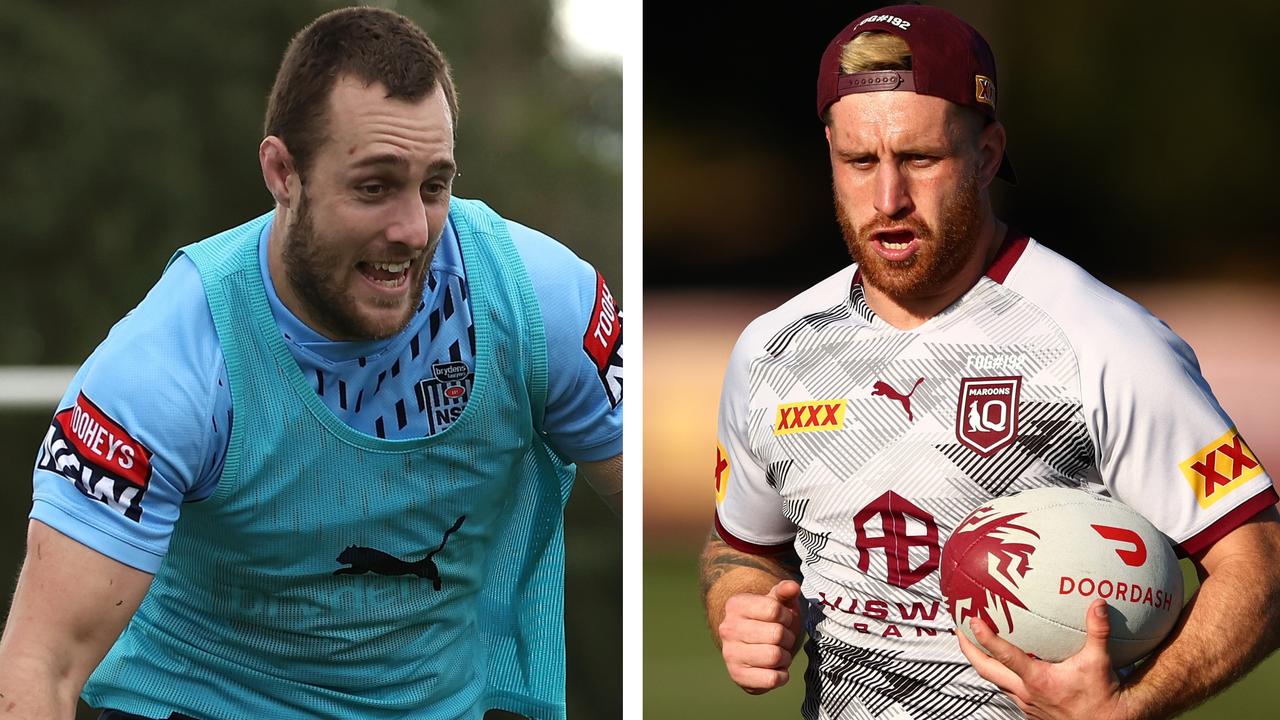 NSW star Isaah Yeo has responded to claims north of the border that teammate Liam Martin is the Blues’ main villain.

The Courier Mail identified four incidents that happened in the space of four minutes during the series opener at the Accor Stadium – and said ‘Queensland finally have a new Blues player to hate’ after he went on a “dirty rampage”.

Yeo was asked about it on NRL360 on Tuesday and said he’s glad someone else finally noticed what he does in training every week.

“They finally figured it out, he’s the biggest pest in Penrith,” Yeo said of Martin.

“I’m just glad he’s doing it to the opposing team and not just his friends.

“He plays the tough game. He tries to get under people’s skin, whether it’s his club teammates or the opposition, so I’d like to think he does that at that level and not just at the club.

“It was four minutes into the game. I’m sure if we had dotted every player on both sides, there would have been a bit on both sides. I’m just glad you finally got the hang of it.

Yep also lifted the lid on where the Blues need to be better at reconciling the Origin Series and admitted they need to limit the influence of Game 1 hero Cameron Munster to force a decider.

The Blues were torn apart by a mix of Queensland dominance in the ruck and Munster’s brilliance, which hurt Nathan Cleary’s ability to take control of the contest, according to Yeo.

“It obviously wasn’t ideal, was it?” I thought both sides of the ruck were probably beaten in attack and defense,” Yeo said on NRL 360.

“When you lose that it doesn’t help your halfback at all. Obviously you want to kick the front foot as much as you can and that certainly wasn’t the case for the first one. match.

“We understand that we have to be better at it and try to give him a bit more time to get his kicks.

“He was under duress there, so we understand that we have to get up and help him there.”

Munster was man of the match in the opener, but Yeo believes the key to limiting his influence can be attributed to the ruck and preventing Ben Hunt and Harry Grant from getting in.

“It probably starts in the ruck,” Yeo said of Munster’s stoppage.

“They were playing from the back of a lot of fast plays. I thought Harry Grant and Ben Hunt were doing a terrific job of hooking up there and giving her a lot of space.

“He’s one of those players who runs in space. He’s doing a tremendous job and he was phenomenal that day.

“We understand that it’s not always on the edges. It will bounce in the middle when we get tired.
“We need to do a better job there. He was exceptional. He was a game changer and I thought the two prostitutes were pretty good as well, so there was talk of trying to cancel it.

“He’s going to get his hands on the ball regardless. It’s about trying to make sure he doesn’t impact us too much there.

Yeo will be joined in the starting line-up by two more familiar faces in Game 2 with 2021 Premiership winners Api Koroisau and Matt Burton making them seven starters from Penrith in the NSW squad for Origin II.

“On Api, I think his club form for Penrith over the last two and a half years has been fantastic.

“He’s a tremendous asset to the way we play and the work he does around the ruck.

“Matty Burton fairer as an individual. He is from Dubbo. I was lucky enough to watch him grow up and he was always the star there.

“To be able to see him progress by winning a premiership with him last year and to see him now making his debut for the Blues is quite special.

“I know how much this means to Dubbo and how deeply they are behind him. I think they will do a wonderful job for us.

Yeo believes the key to both teams winning Game 2 will be controlling the ruck on both sides of the ball and that’s how NSW can force a decider.

“The ruck would be good,” Yeo said of what his team needs above all else.

“I know we talked about it, but I just felt on both sides of the ball that they beat us there.

Blues manager Brad Fittler made the decision to speak to referee Ashley Klein in the build-up to Game 2, but Yeo is not expecting any favors from the referee and admits NSW will have to force the issue.

“It’s not something we expect,” Yeo said.

“At Origin level, there are a lot fewer penalties given. There is a lot more ball in play.

“I wouldn’t expect him to blow the whistle pea. We just have to be a little smarter with what we do and not test it too much, but make sure we do it within reason, which is what you’re allowed to do.