Kane Cornes: AFL must learn from State of Origin rivalry as League becomes too sanitized 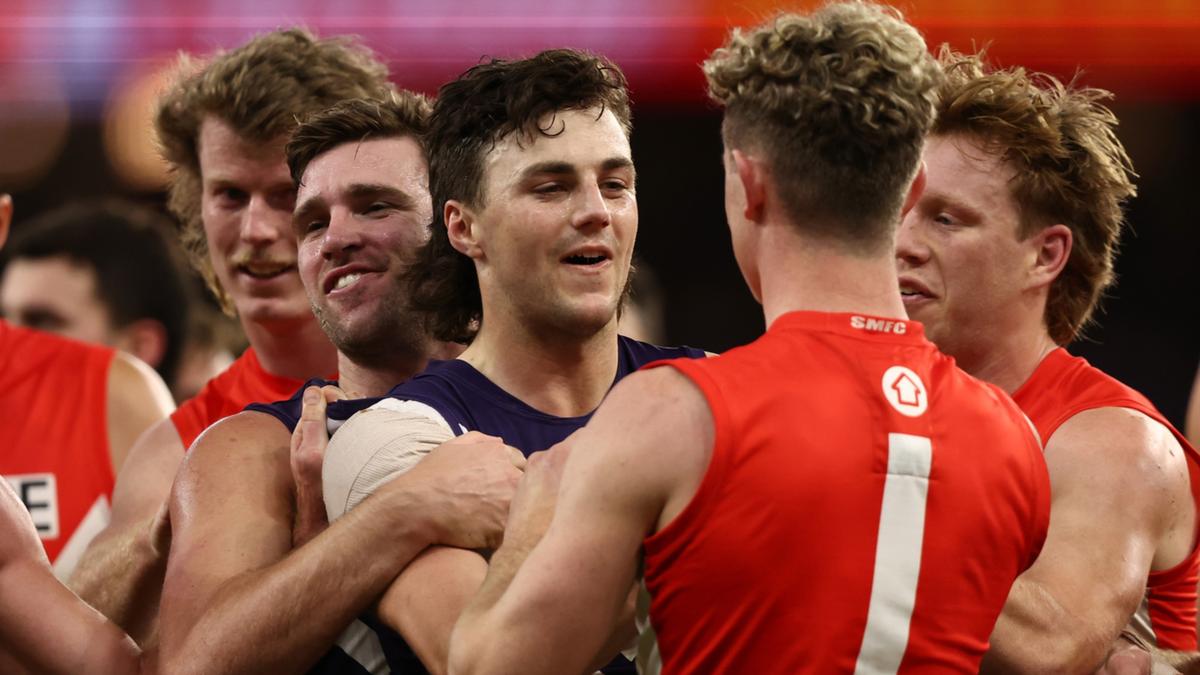 Kane Cornes: AFL must learn from State of Origin rivalry as League becomes too sanitized

What happened to Australian rules football, and when did it become so friendly? The no-prisoners approach to West Coast hero John Worsfold, Fremantle cover Ryan Crowley and ghostwriter Hayden Ballantyne is gone.

When did the AFL become the place for good guys?

Is my displeasure a hangover from being a tagger trying to get under everyone’s skin? Or is it the confirmed envy of another code having the ultimate grudge match in Aussie sport?

The NRL State-of-Origin shield is back in Queensland after the Maroons won the best of three series 2-1 with a remarkable 22-12 triumph over New South Wales at Suncorp Stadium last Wednesday. There was pure chaos in the contest.

Fans were treated to frenzied attacks, desperate tackles, verbal attacks, multiple players being trashed, and a brutal brawl making it one of the greatest games in Origin history.

The fallout from the match extended to the post-match presentation and was equally severe, reaffirming how the Queensland v New South Wales rivalry is still the fiercest in Australian sport.

“You’ve won the big moments,” Johns said as he stood next to Queensland greats Cameron Smith and Paul Vautin. “Now we have to listen to all the bulls**t from you (Queenslanders) over the next 12 months. It drives you crazy.

When you compare this brutality and sporting hate with what we saw in Round 18 of the AFL season, you quickly realize how sanitized the AFL has become.

On Saturday at Adelaide Oval, Collingwood freshman sensation Nick Daicos racked up 40 eliminations and scored a record three goals against Adelaide. The freedom given to him by Crows coach Matthew Nicks and his players was astounding.

Daicos, who just turned 19 and has only played 18 games, was a prime candidate to be targeted and tagged by the Crows. He is an outside player, has no experience being tagged, and has a slight build that would be vulnerable to physical intimidation.

Yet Adelaide barely lifted a finger at him. It probably cost them the four points. It was only after the match that the Adelaide Match Committee admitted that it gave Daicos too much space. Adelaide’s management had to ask Nicks some tough questions about how this obvious tactical error went uncorrected mid-game.

Before the start of Sunday’s match between Port Adelaide and Melbourne at Alice Springs, native players from both clubs and captains met to greet each other as a mark of respect. These meetings have always been reserved for post-game handshakes, but are becoming more common in the league.

This ceremony was as close as any Port Adelaide player has come to put a glove on Melbourne small forward Kysaiah Pickett throughout the game.

Pickett had only scored six goals in his previous six games. He scored a career-high six goals against Port Adelaide. Power has done nothing to restrain its influence. No player was given responsibility for him. He was allowed to roam freely inside Melbourne’s forward 50.

Like Adelaide, this tactical error cost Port Adelaide the game and dashed their first eight hopes.

If Daicos and Pickett were playing in an NRL Origin match, there would have been a target on their heads.

Unlike the NRL, the AFL’s rivalries have been diluted. Even the once fierce confrontations in Adelaide are weakened by gadgets.

Adelaide legend and board member Mark Ricciuto was captured wearing a Port Adelaide beanie during his commentary commitments in Power’s home game against GWS in round 17.

Most considered Ricciuto’s fashion statement a joke. But that would have been unthinkable 15 years ago when he was captain of the Crows. Even as a board member, he should have thought twice. This is another example of how the competition has become too friendly.

And what happened to the once feared Giants?

Sydney’s Greater West, led by its polarizing star Toby Greene, was a team that thrived on having a hard advantage and being difficult to come up against.

His barbaric encounters, including the 2016 preliminary final with fierce rival the Western Bulldogs, were gripping.

Two years ago, GWS sent hard-nosed defenseman Nick Hayes to toss the coin with Dogs captain Marcus Bontempelli instead of his official captain Stephen Coniglio. Haynes fractured his larynx in a previous clash with Bontempelli, leading many to suggest that was the reason for the confrontation.

A spirit game like this would never happen today.

The Giants fired coach Leon Cameron mid-year and fell to 15th in the standings. Power forward Jesse Hogan called his team “uncompetitive” on the radio this week, a far cry from the intimidating unit they were a few seasons ago.

Sydney manager John Longmire is one of the few current managers who believe in targeting opposition forces by eliminating their key players.

Clarke was targeted by the Swans and repeatedly harassed by various Sydney players. It worked. Clarke was limited to seven kicks and had no influence in Fremantle’s 17-point loss.

Longmire has created an advantage for his team that the rest of the competition overlooks.

The majority of players, coaches and clubs are too afraid to upset the opposition, and the rivalries are diluted.

Unlike Origin, our game is poorer.