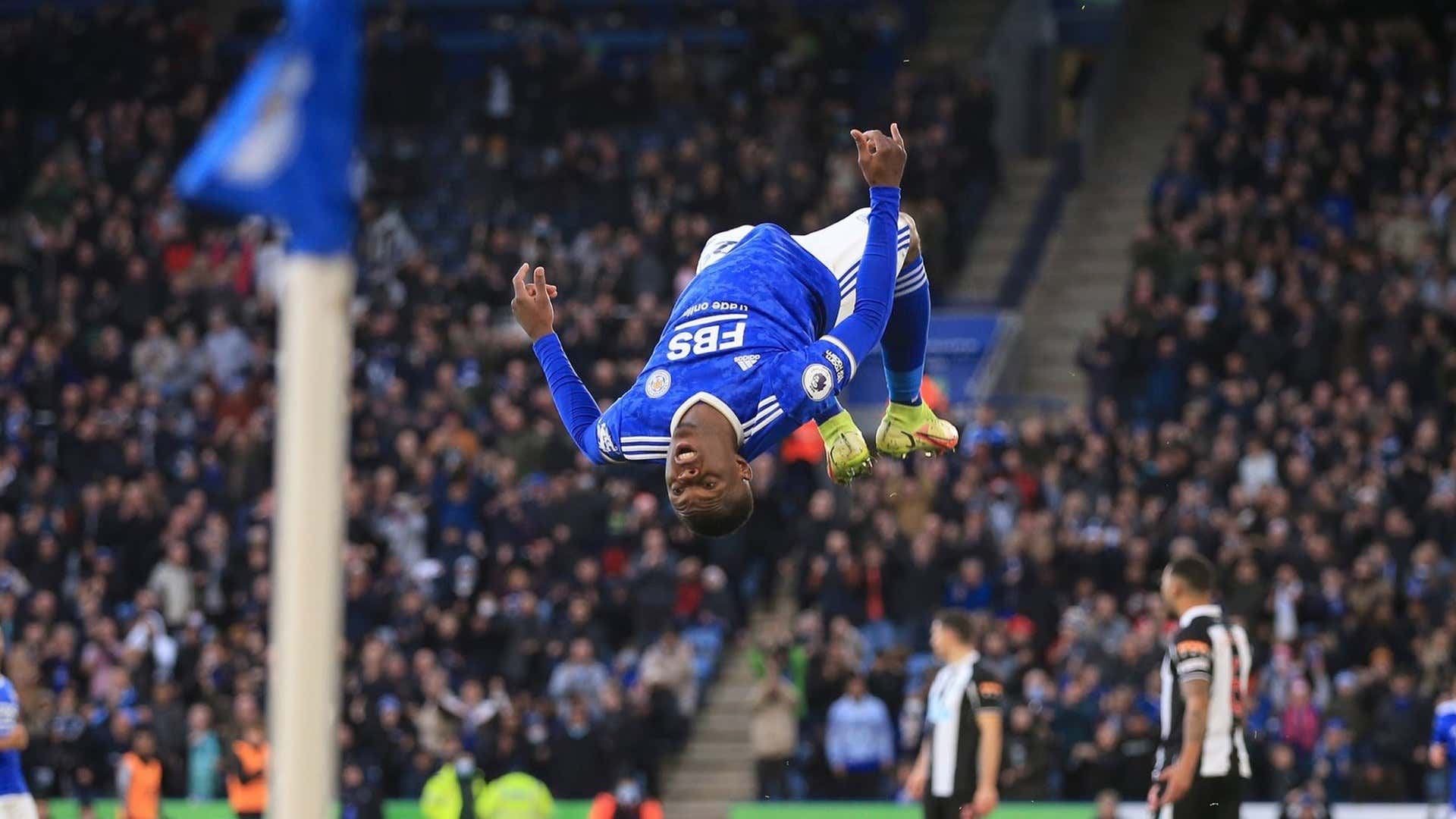 Leicester City striker Patson Daka has explained his backflip goal celebration after scoring in the team’s 4-0 win over Newcastle United at the King Power Stadium on Sunday.

On his home Premier League debut for the Foxes, the Zambian international scored the second goal and set up the fourth scored by James Maddison, to cap off a memorable afternoon for the side managed by Brendan Rodgers.

Finding the back of the net, his second goal for Leicester in the Premier League since arriving from Red Bull Salzburg, the Chipolopolo gave the fans a first-class celebration – running towards the flag post before doing a backflip.

He has now explained the origin of the celebration.

“It’s been since I was a kid,” Daka said LCD TV. “I was doing it for fun. I was just doing it with my friends. Most of the time, I get lost in the moment when I’m partying.

“Whatever comes to mind is what I end up doing. It’s not like I planned on doing this… I just find myself doing it!

Earning a start in the game ahead of regular starters Jamie Vardy and Nigerian Kelechi Iheanacho, Daka said: “Every player is eager to start but it’s also about what the coach thinks about the tactics in this game. .

“I think he believed I was the one he wanted to use. It’s not that I’m better than the others, it’s the way he wanted to approach this game. I’m just grateful to have made my full debut here and to score it with a goal and an assist was really great for me, for my confidence and also for the team.

The win pushed the Foxes into eighth place in the log and Daka believes it was a perfect response to their recent struggles which saw them lose games to Aston Villa and Napoli in the Europa League.

“It’s a perfect day for us; four goals, one clean sheet…a massive, massive win for us to gain our confidence in going forward. It’s a big thing for us. We struggled a lot to keep a clean sheet and today we really worked hard to get it as a team,” he said.

“We understand it’s not just about defending the back line, it’s everyone in the team. You have to defend as a team, you have to attack as a team, and I think we really played like we wanted it today. It’s not just for us as players, but you can see how much the fans appreciated it. It’s really important to us.

Meanwhile, Rodgers explained why Daka started the match ahead of Vardy.

“We have an incredible striker in Jamie Vardy but he is human so we have to take care of him. Patson Daka is very important to us. Rodgers said Sky Sports.

“He’s a great goalscorer and he showed it. Youri Tielemans’ full game… Coming back, playing Thursday and today showed his quality. He was very impressive.

Next up for Daka and Leicester is a home game against Tottenham Hotspur on Thursday.