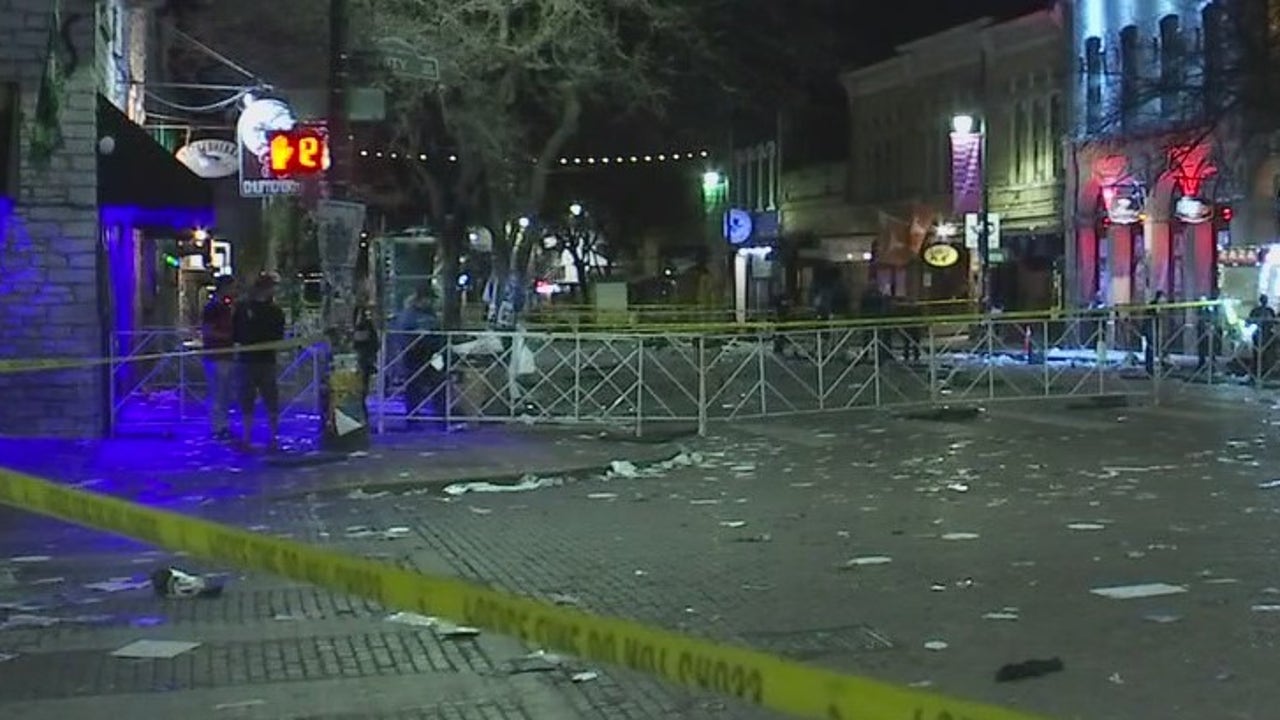 According to the Austin Police Department, officers have arrested a suspect linked to a nighttime mass shooting on East 6th Street near SXSW festivities in downtown Austin.

AUSTIN, TX – According to the Austin Police Department (APD), officers have arrested a suspect linked to a nighttime mass shooting on East 6th Street near SXSW festivities in downtown Austin.

Four victims were shot around 2 a.m. and taken to the hospital Sunday with non-life-threatening injuries, Austin-Travis County EMS said. Officers were patrolling Block 400 near Toulouse Bar when they heard several gunshots coming from that area, APD says.

A preliminary investigation shows the shooting began as a disturbance between two groups of people, the APD said.

APD had seven times more officers than normal in the Entertainment District due to SXSW this weekend.

“I know they’ve made over 30 arrests and arrested over 19 people with handguns on them,” Austin Police Association President Ken Casaday said. “So it was a very busy night before filming.”

It’s the second mass shooting in Austin’s entertainment district in the past year, raising concerns about safety in the downtown bar district. A Killeen teenager was arrested for gun violence that killed one person and injured 13 victims on June 13, separate from Sunday’s mass shooting.

There were about 150 APD officers in downtown Austin Saturday night and Sunday morning, Casaday said. The APD normally has 20-30 police officers to protect the public in the bar district during non-festival weekends. Last week, Austin Police Chief Joseph Chacon said officers were being pulled from specialized units to deal with gun violence during SXSW.

Police arrested several people after the shooting and officers said they took the suspect into custody hours later before 5 a.m. Sunday. APD says that due to the ongoing investigation, they are not releasing the name of the person arrested.

Officers believe it was not a random act and there is no danger to the public, the APD says.