Morbius Ending Explained: How The Origin Film Sets Up The Living Vampire’s Future 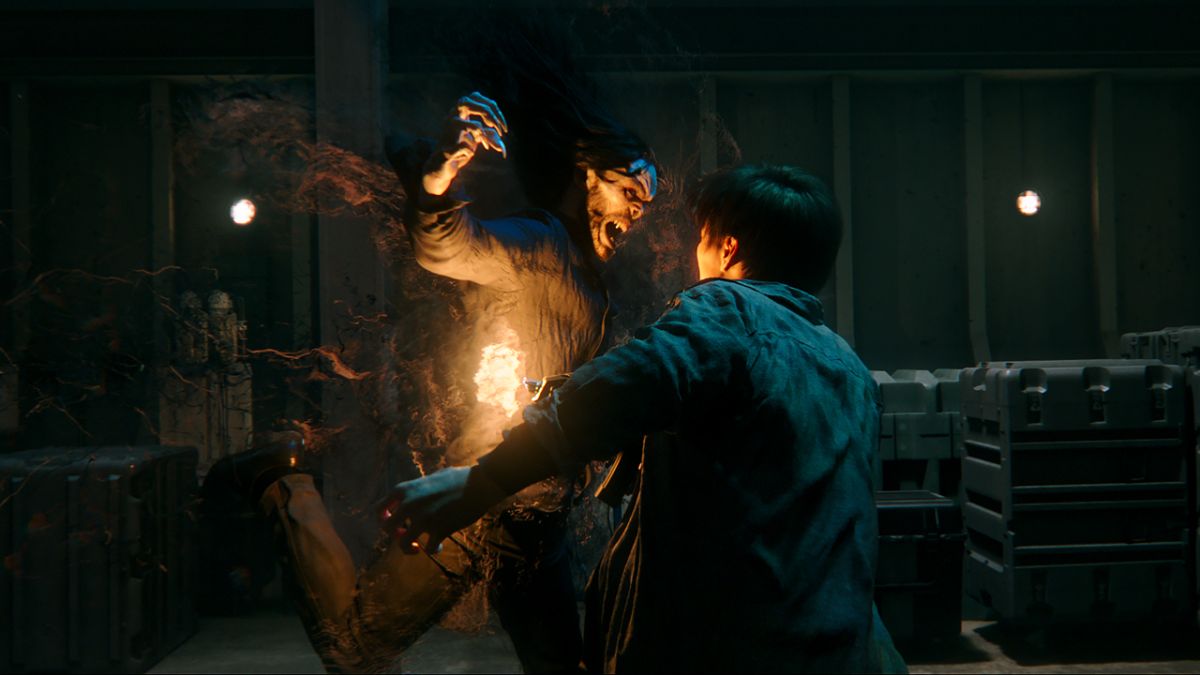 Morbius Ending Explained: How The Origin Film Sets Up The Living Vampire’s Future

SPOILER WARNING: The following feature contains massive spoilers for Morbius. If you haven’t seen the film yet, do so at your own risk!

To rival every other superhero franchise in Hollywood right now, Sony’s Spider-Man universe is working to build a foundation. It started with the two Venom movies, but now the name of the game is expansion, and that’s where Morbius Starring Jared Leto, Matt Smith, Adria Arjona, Tyrese Gibson and Al Madrigal, the film is now the third feature in the shared canon, and it sports a conclusion that clearly outlines plans to develop sequels and further establish the titular anti- hero.

What happens at the end of Morbius

The action of the third act of Morbius begins when Dr. Michael Morbius receives a call from Dr. Nicholas, who is clearly on the verge of death. The Living Vampire heads for Milo’s apartment and arrives just in time to witness his father figure’s dying breaths and receive the whispered message, “You have to stop him.”

Not only did Milo kill Dr. Nicholas, he kidnapped Dr. Martine Bancroft and is holding her hostage on a rooftop. Morbius uses his ill-defined echolocation ability to find them, then flies to their location. It is too late, however, as Milo slits her throat. The Living Vampire kisses her and she bites her lip – swallowing some of his blood. Her last words are for Morbius to “make it mean something”, and as she dies, the protagonist drains her blood.

Milo punches Morbius and the two monsters fall from the roof and literally descend into the street below, ending up in some kind of vast underground cavern. As Milo basks in his own ego, the eponymous character reveals a new power never before established: creating vibrations that summon bats. Thousands of flying rodents arrive, and although the villain has the same DNA as the film’s hero, they apparently don’t see him as the “brother” they see as Morbius.

As the fuzzy creatures swarm, Morbius uses it as a distraction so he can lunge at Milo and inject him with the special serum he created that would kill both a vampire bat and a human. The antagonist recounts childhood memories, such as Morbius giving him the name “Milo”, and then he dies.

Above ground, Agent Stroud and Agent Rodriguez are on the scene and witness a flurry of bats flying all over the street – Morbius flying among them. Dr. Bancroft wakes up violently and the main character flies through the sky over New York as the title card splashes across the screen.

What does the end mean for Dr. Martine Bancroft?

With Morbius being an origin film, a significant amount of runtime is spent establishing the titular character’s special abilities and how their powers work. He can fly, summon bats, and use echolocation, and he has enhanced speed and strength. As we learn in the final seconds of the film, he obviously also has the ability to bring people back from the dead/turn others into vampires.

From what is presented, it seems that the vampires in Sony’s Spider-Man universe follow somewhat traditional rules, i.e. a person transforms when they imbibe blood of a vampire and empties itself. Considering Morbius is a “living vampire” and not a magical monster, there’s not a whole lot of logic there, but it’s best not to dissect him too deeply. The bottom line is that Dr. Martine Bancroft seems like a bloodsucker of the undead variety now, opening the door for Adria Arjona to return in a potential Morbius 2.

The vampire-turned Dr. Bancroft takes precedence in the comics, but Morbius isn’t the one turning her (it’s actually a way to torture him). How she reacts to being a monster will be something the sequel will have to determine – either turning her into another anti-hero who fights with the living vampire, or another villain he must destroy.

Where Michael Morbius is left at the end of the film

Most blockbusters tend to have some sort of cinematic epilogue that gives you a sense of where all the characters are mentally and physically following the Big Fight sequence, but Morbius don’t play this game (one of the film’s many problems). Less than five minutes after Milo’s death, the credits roll and audiences get non-sequitur/absurd coda sequences featuring Michael Keaton’s Adrian Toomes aka Vulture instead of any kind of legitimate conclusion for the title character.

So let’s cover the songs ourselves, shall we? For starters, Morbius is still a wanted criminal, prosecuted by the FBI for being a danger to society and killing a literal boatload of mercenaries (it’s also very likely that Milo’s murders will also be attributed to him). Dr. Nicholas is dead, so he doesn’t have anyone he considers family, and the movie doesn’t feature him as having a social life, so it seems fair to assume he has no friends ( and he thinks Dr. Bancroft is dead). He’s just a wanted, sad, lonely man whose ability to repel the savage vampire within him quickly fades as the artificial blood he drinks becomes less and less effective.

Pretty much the only thing Morbius has going for him at the end of his first solo movie is the lab he stole from this group of criminal counterfeiters, which he can presumably use to continue his experiments and perhaps create more. artificial blood (for whatever good it does). Other than that, his life pretty much sucks – which I guess explains why he’d be itching to have a new friend in Adrian Toomes.

After several delays, Morbius is now playing in theaters nationwide. To find out what’s in store for us in the world of cinema for the rest of the year – including features hitting both the big screen and streaming – head over to our 2022 Movie Release Schedule.