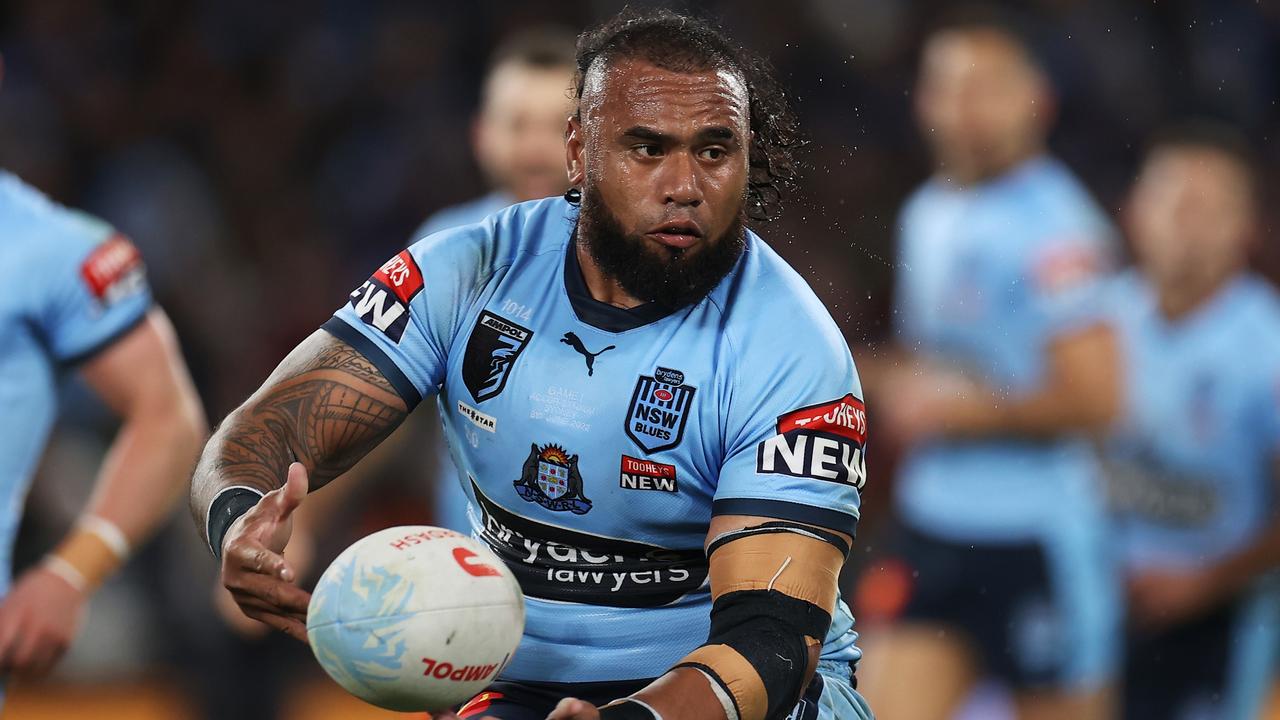 Blues icon Mark Carroll has warned NSW manager Brad Fittler not to make the same mistake twice if he wants to send the series to a decider.

Carroll criticized Fittler for making late changes to his starting lineup in the series opener, which Queensland won 16-10.

Junior prop Paulo and second rower Liam Martin were both named starters before Fittler relegated them to the bench for Reagan Campbell-Gillard and Tariq Sims.

RCG and Sims were both dropped for Game 2 in Perth on Sunday and Martin was again named No.12, with Paulo on the bench.

Carroll – who started as an accessory for NSW between 1995 and 1999 – said late changes can significantly disrupt a player’s mental preparation.

“It blows my mind. When you get picked No. 10 in the front row, you want to start the game, you don’t want to come off the bench,” Carroll told the Fox League podcast.

“It was a mistake in the first game because it’s a state of mind, when you prepare for State of Origin, especially when you’re a first rower, you think about the game three or four days and you take it first haul, get hammered by these Queenslanders.

MID-SEASON SIGNATURES: Who your club could sign before the August 1 deadline

“But when you were told the day before that you were leaving the bench… I thought that was a very bad situation.”

Fittler made seven changes to his squad for the must-win game in Perth this Sunday, dropping Campbell-Gillard, Sims, Kotoni Staggs and Ryan Matterson from 17 – while Jack Wighton was sidelined with Covid.

Fittler called up Jake Trbojevic to start at prop Matt Burton in centres, Angus Crichton and Siosifa Talakai on the bench – and promoted Api Koroisau to starting hooker.

“Finally they have a decent side there. The likes of Staggs, he didn’t hit anybody, we put him in the crosses to destroy Queenslanders and he didn’t,” Carroll said.

“Campbell-Gillard and Matterson, they wouldn’t have bruised a grape in that last game. He had a good game on the RCG weekend but seriously when you play for your state you put your body on the line and you bleed blue .

“They finally put someone in there who will do that to Jake Trbojevic, he’s a fixture in New South Wales and also Talakai.

“I laughed at NRL 360 for suggesting it, but he’s someone who can come off the bench and belt these guys like they do to us.

“He’s like the (Patrick) Carrigan of the Queensland team, how good was he in the first game, he was almost man of the match.”