Origin Energy questioned about a link with Russia 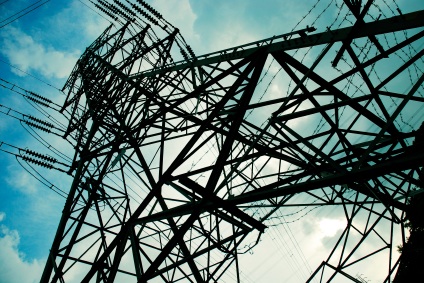 Origin Energy questioned about a link with Russia

DARWIN, AAP — A gas company exploring the Beetaloo Basin in the Northern Territory has denied any wrongdoing over its links to a Russian billionaire on Australia’s sanctions list.

Origin Energy said it would comply with all instructions from the Department of Foreign Affairs and Trade regarding Russian oligarch Viktor Vekselberg.

On Friday, Origin executive Tim O’Grady told a Senate inquiry that the company had contacted DFAT and was awaiting instructions on what action to take regarding the billionaire.

“I want to be very clear that the joint venture is between Origin and Falcon. It has nothing to do with Mr. Vekselberg,” he said.

“We have no relationship. There is an interest from Mr. Vekselberg but it is a passive interest.

Mr. O’Grady said the project was funded and controlled by Origin and that Russian participation was around 4%.

Origin became aware of US sanctions against Mr. Vekselberg in 2018 and took steps to distance itself from him.

The company also “promptly” contacted DFAT when the Australian government imposed sanctions on Mr Vekselberg last week in connection with Russia’s invasion of Ukraine, saying it was awaiting advice.

Senator Sarah Hanson-Young said many Australians would be alarmed that Mr Vekselberg had put his “tentacles” into the project.

“Men like Mr. Vekselberg sit in the background and enjoy it without any responsibility,” she said.

Mr O’Grady said Origin was also concerned about Russian involvement in Ukraine and any role the oligarch might play.

“(But) the fact is that we are listed companies. Falcon is listed in Canada and Origin has no control over its registry,” he said.

He also said it would be years before the company’s Beetaloo project would generate revenue and if it did start producing gas it would be under a different financial structure that might not involve Mr. Vekselberg.

“We believe we have done the right thing and I assure you that anything advised by DFAT and the Australian Government we will very happily comply with,” he said.

DFAT said it is still working to untangle Mr. Vekselberg’s complex business structures, including his ties to Origin.

When asked why Australia hadn’t sanctioned Russia when the United States had, DFAT First Deputy Secretary Andrew Walter said countries had different goals and measures had been taken when it was in the national interest to do so.

Senator Hanson-Young alleged that the Morrison government’s ongoing grant announcements for the development of the Beetaloo Basin were driving up the value of stock prices of Mr. Vekselberg’s companies, to which Mr. Walter replied that he would be difficult for DFAT to prove the connection.

DFAT also confirmed that exploration licenses from Origin and Falcon were considered assets.

The Beetaloo is one of several gas fields the federal government wants to develop to help boost the economy and secure Australia’s energy supply.

The plans have raised concerns among many Territorians, who fear it will jeopardize efforts to meet the nations’ emissions reduction target and contaminate groundwater.

The investigation focuses on the Morrison government’s use of taxpayer funds to provide grants to gas companies for exploration and infrastructure.