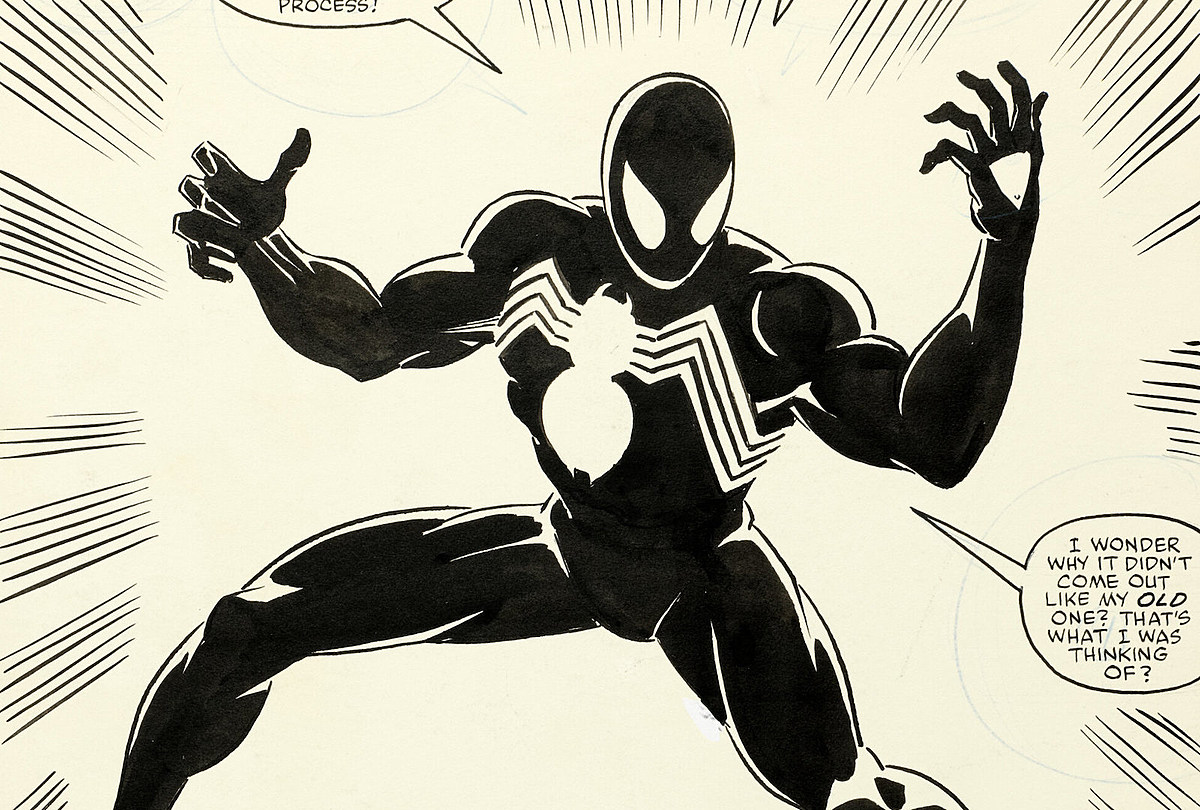 How much do you love Marvel comics? Enough to spend over $3 million on a single page of illustration? The original illustration for page 25 of The History of Secret Wars #8 sold Thursday for a record $3.36 million at Heritage Auctions. What’s so special about the page is that it describes the origin of Spider-Man’s symbiotic black suit. In fact, this could ultimately be called Venom’s origin moment itself.

Credit for the artwork goes to Mike Zeck “and others”, as John Beatty, Jack Abel, and Mike Esposito all contributed artwork to this particular issue. However, it is unclear if other than Zeck worked on this specific page. The story was scripted by longtime Marvel editor Jim Shooter.

“This page was the big reveal teased on the cover! This is where Peter Parker got his sleek new black suit. But… it’s a costume with a secret! Because he very quickly turns out to be alive and to have his own agenda. This is the origin of the character Venom! The official description from Heritage Auctions reads as follows. “The suit first appeared months earlier when the characters of this series returned to Earth. But there was no explanation for Spidey’s new misfires. …Until this page seven months more late !

It’s not every day that a comic book page sells for this much money – it’s the highest price ever paid for an inside story page of original comic book artwork, although some covers and complete books sold for more. Back in September 2021, a copy of the 1962 comic Incredible Fantasy #15 sold at Heritage auction for $3.6 million.

What One Man Learned From Reading All 27,000 Marvel Comics