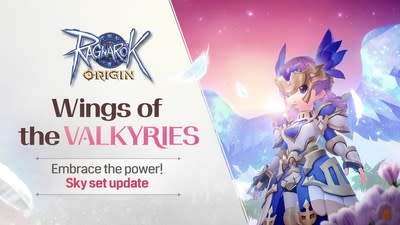 The legend is back with new info to share

Seoul, South Korea, April 22, 2022 /PRNewswire/ — PSY, one of the most iconic singers of all time who conquered the world with his famous “Gangnam Style”, reappears to the public as an ambassador for Gravity’s hit mobile game Ragnarok Origin.

PSY has starred in several commercials and interviews for Ragnarok Origin. In the commercial, PSY is seen alone and tired in his studio.

The silence is broken when he receives a text message and is sucked into the world of Ragnarok to enjoy many of the fun experiences present in Ragnarok Origin.

In the short FaceTime video, PSY revealed that they will be releasing a new song this year. This will be the first in 5 years that PSY will release since their last album. [4X2=8] in 2017.

Along with the PSY interview, there will be community events with plenty of prizes and rewards to celebrate PSY’s onboarding as Ragnarok Origin’s second ambassador. Gravity claimed that they are preparing many other different collaborative events and activities with PSY to provide a fun and exciting experience for players.

Apart from the collaboration between PSY and Ragnarok Origin, Ragnarok Origin recently released a massive update with a new class, increased level cap for lvl90new stories, dungeons and various events.

Here is a brief summary of the update.

For details about the major update, see the update notice here.

Founded in April 2000, Gravity is a global game company and the only Korean game company listed directly on NASDAQ. From June 30, 2021, Gravity’s signature IP, Ragnarok IP, has surpassed 120 million global cumulative accounts. Additionally, it was selected as the 2nd most popular Korean game overseas for 3 consecutive years (Global Hallyu Trend 2021).