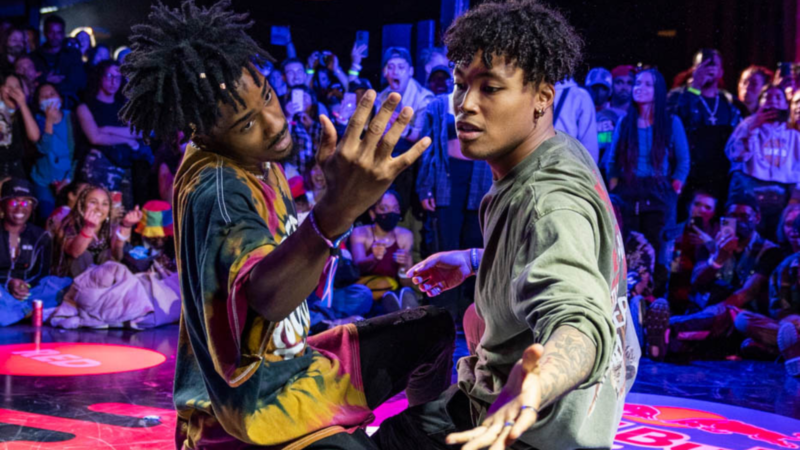 To understand the importance of black culture in dance, one must know its history and preserve the past; it must be integrated into modern dance. Unfortunately, many dancers who participate in today’s common dance challenges have no idea of ​​its history, especially TikTokerswhere many choose tastes and views on history and culture.

Many dancers who have participated in Red Bull dance your style value the preservation of dance within the community more than the act itself. BlavityU spoke to several contestants about the importance of dance in black culture. The dancers also discussed TikTokers thefts from black creators and what dancing means to them.

During the 1920s and 1930s, black dancing flourished in the United States, allowing black musical theater to popularize and legitimize black dancing traditions. Many black-influenced dance styles would be adopted and attributed to their white counterparts, including the hat, Lindy Hop, the Jitterbugand the twist. A practice still common to this day.

The dancers spoke about their feelings towards white TikTokers stealing dances from black creators and how it affects them personally and professionally.

“There is a little girl over there [Jalaiah Harmon] who created the renegade [dance] for [rapper] K Camp, and another person who was white [D’Amelio] got credit for it,” Nero said. “And [Harmon] wasn’t credited with it until literally two years after the dance had already taken place [sic] exploded.”

Moreover, the young dancer explained that it is normal for dancers like him; he expressed that the world revolves around black culture.

“But that’s the kind of thing that happens in our field. But not only in dance, this even applies to music. But overall, the world revolves around black culture because we’re the ones who always find something new. And on top of that, we’re fresh as hell, and that comes from experience.

Nutella K from New York understands the importance of black culture and the connection between dance and the DNA of black dancers. She explained the story of how the culture was created and why we had to build it from scratch.

“We created black culture because we are not Americans. We came from somewhere, we were placed here, and because we didn’t understand our culture, we didn’t have a direct link and relationship with our culture; we came here and created our own culture,” Nutella said. So that in itself is significant. But even though we don’t necessarily have a direct alignment with our origins, it’s in our DNA.

As the dancer continued, she described the culture, how it came from Africa, and the importance of dance to black people.

“And so, when you think of culture, you think of dance, food, style; these are all things that embody it. And when you come back to say – Africa, and you look at these different tribes,” Nutella said. “Dancing is part of the party and part of their way of life. And although I have never been to Africa for a single day in my life, I can understand that the body loves movement. And that’s the meaning that dance has for culture because dance is culture.

Ivvy, mother and wife, was lenient towards non-black dancers who danced hip-hop and other black-influenced dance styles, but all she wants is recognition. However, she spoke about the importance the dance had on the slaves and how they used it to escape their sad reality.

“In my experience, I was able to talk to some of my friends down south – well, I haven’t been able to talk to them, but I have documents that go back to when slavery was abolished,” Ivvy said. . “And that’s basically what all the slaves did if they weren’t working. They were trying to get away from poverty, away from stress, away from things that oppressed them.

Nero, Ivvy and Nutella understand the importance of dance in the black community. Throughout their dancing career, the trio of African-American dancers have incorporated their roots and heritage into their dancing.

The three dancers acknowledged the importance of their careers in the community by examining the lack of recognition of black creators and their innovation in dance. Ivvy reiterated that dance culture stems from young people running away from the things they tried to avoid in life, like their enslaved ancestors hundreds of years ago.

“Hip-hop culture and dance [sic] is so important to black people that it [sic] let’s not even change the lifestyle we have,” Ivvy said. “Because after dancing or doing anything, we always have to come home running to poverty, PTSD, gunshots, gangs, everything. So that’s very important, like even now exercise is a dance. But it was always something we [sic] was trying to avoid.

It seems that history is indeed repeating itself. Whether it’s black dancers using different dance styles to escape their realities or having their white counterparts rob them without conscience or guilt. It is important to realize that as exciting, fun and challenging as it may seem, dance has a history, and it should be respected and honoured.