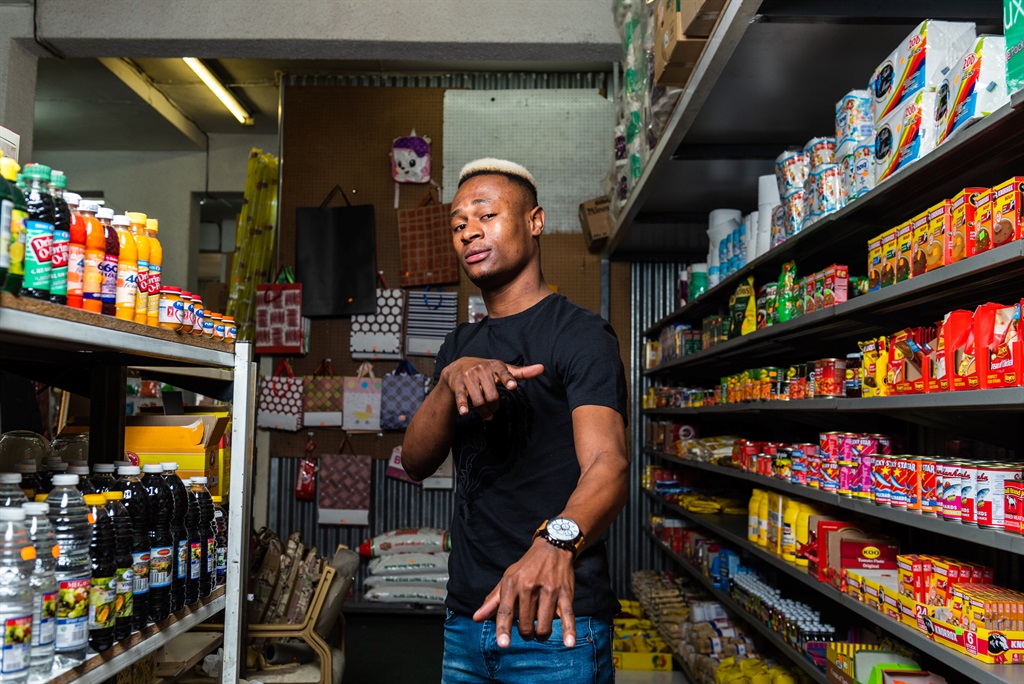 Shedding light on dancers and giving them a platform to showcase their talents is one of the Red Bull dance your style competition, the other is to inspire the crowd to follow your moves.

An array of fine dancers have gone through this competition and one of them is Limpopo Boy. When we say dance, we are not talking about a simple approach to art. Dance, like any other art form, is meant to be driven by ingenuity and uninhibited creativity.

Limpopo Boy, real name Matome Robert Mahlatse Thoka, is originally from Limpopo – as his pseudonym suggests. He is from a small village called Sekonye Molemole.

I appreciate all dancers equally. A battle really requires a lot because a lot can change on stage [as opposed to] shows that are repeated.

The 27-year-old has made his mark in this competition with his fluid dance style which encompasses elements from many genres but is firmly built on sbujwa. This year, he returns as a mentor for anyone who wants to try their luck.

Thoka explains: “I have danced all my life, but professionally I have been dancing for more than 10 years. It would be selfish of me to say that I developed all of this myself as it is a gift I inherited from my mother, but it has been harnessed and refined by many people who mentored me.

READ: BAKAE | Do you remember some of those dance steps?

“I am a versatile dancer. I don’t like boxing myself, but I’m a bujwa dancer at heart. I take every competition seriously, because dancing is my life. I look forward to the competition. People can only expect fire and new sets that we have been working on.

He might be great at dancing the sbujwa – the not-so-distant, tighter cousin of the pantsula – but he can’t deny the impact the amapiano has had on local dance culture. “I’m happy to have lived in a time when we can have something about the dance scene in the world that is entirely ours, and amapiano is that thing.”

The Dance Your Style competition returns this year for its third South African leg (it was postponed last year) and the final will take place in Johannesburg.

To advance in this tournament, you’ll need to be a skilled combat dancer, which isn’t easy, according to Thoka.

He has proven himself in this head-to-head tournament.

“I appreciate all dancers equally. A battle really takes a lot because a lot can change on stage [as opposed to] performances that are repeated,” he says.

READ: A surprising twist at the BC One dance tournament

Thoka will travel around the country with sensational dancer and choreographer Bontle Modiselle, as well as Sne Mbatha, Rudi Smit, Tebza Diphehlo and Lee Shane, who will lead workshops and battles during a tour through South Africa before the event itself.

The competition is made up of 80 different events around the world, where a dancer is crowned for having the best style of the day at each event.

What makes this competition fascinating is the collision of disparate dance styles. You could easily watch a breakdancer take on someone doing sbujwa.

I have danced all my life, but professionally I have been dancing for over 10 years.

It’s about moving the crowd, getting them behind you and your moves.

Not only do the dancers have to compete, but they may even be forced to duel to the sounds of Mozart or Elvis Presley, making it all the more difficult for them to skillfully showcase their styles.

Thoka will tell you that being a good dancer means taking everything in stride.

. Catch him and the rest of the Dance Your Style alumni on their national tour, which kicked off on Wednesday