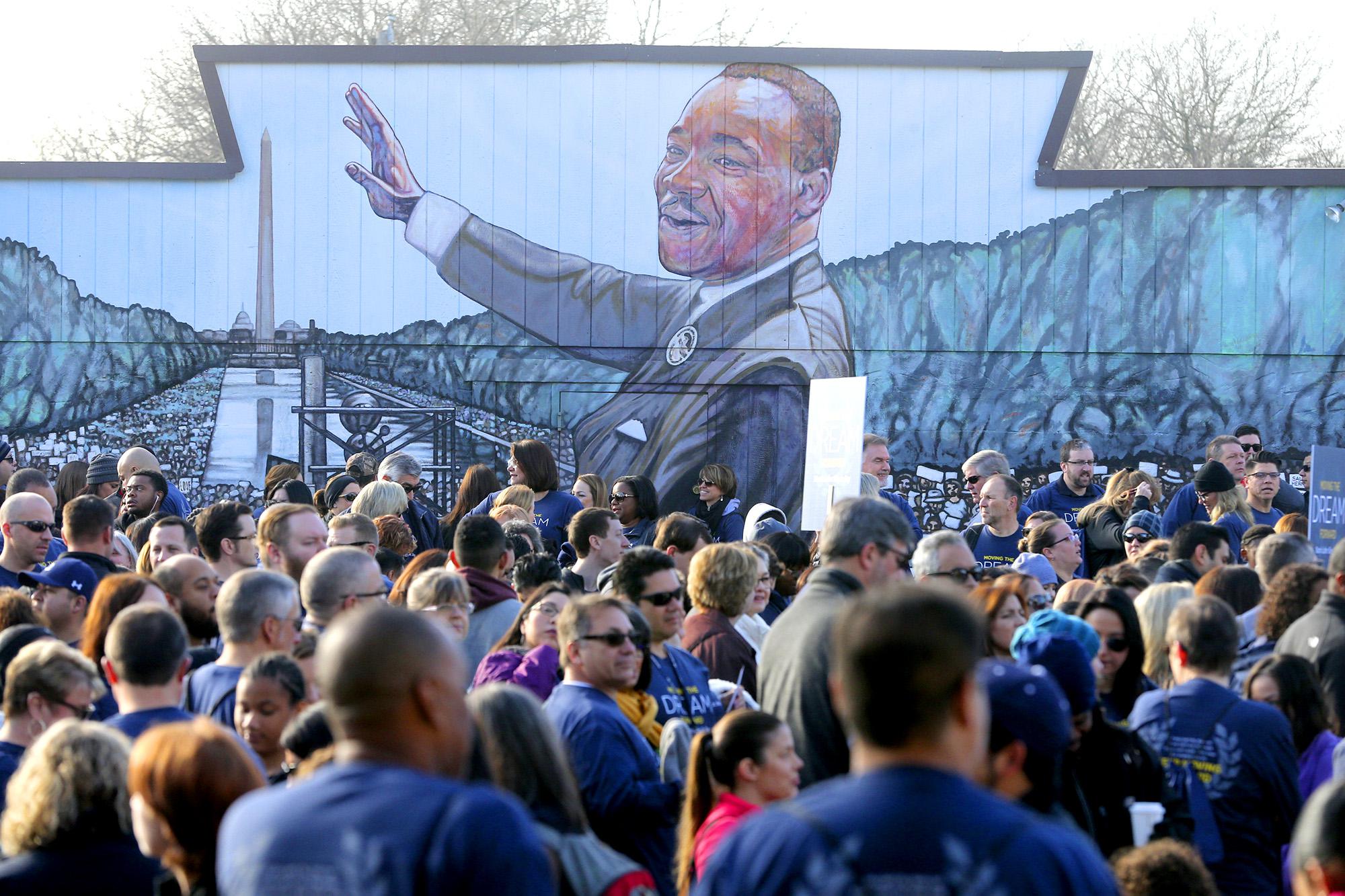 The Reverend Martin Luther King Jr. March Commission has canceled its annual event for the second year in a row due to safety concerns related to COVID-19. However, several virtual and limited in-person events are scheduled for Monday to honor the civil rights leader and the 54th anniversary of the first MLK march launched by the late Reverend RA Callies.

The pastor’s “March for Justice” became one of the largest memorial marches in the country, drawing a crowd estimated at 100,000 people.

Renee Watson, chair of the MLK commission, said caution and rising omicron cases prompted the council to cancel the in-person procession. She said the observance would continue with digital updates of issues plaguing America, partnerships with Metro Health and rescheduled dates.

On ExpressNews.com: COVID stops MLK march but not its spirit

Footage was recorded at MLK Park for a virtual walk by filmmaker Ya’Ke Smith on Wednesday afternoon. It is scheduled to air online Monday at 10 a.m. on the city’s TVSA 21 channel. The film will also air on MLK’s social media and news sites. Smith filmed last year’s virtual event, “Dream: Rising up for Justice.”

“We want people to watch the film, hopefully at home, and discuss it with family, friends and neighbors,” Watson said.

Blood drive, vaccinations and COVID-19 testing will be available at Pittman-Sullivan Park – the traditional end point of the 2.75-mile walk.

“We want to encourage that if people go out, they stay safe, in small groups and wear masks,” Watson said.

A number of traditional events associated with MLK Day have been moved to a later date. The youth summit has been postponed to April 2. The wreath laying ceremony to commemorate King will take place on April 3, the day before he was assassinated.

Another MLK March initiative is the History Harvest program sponsored by the San Antonio African American Community Archives and Museum. The museum will collect oral histories and digitize documents and photos from the past 54 years of marches at the Administrative Offices, 3737 Broadway, Suite 300 78209.

Deborah Omowale Jarmon, CEO and director of the museum, is working with the MLK Commission and the Callies family on the project. Once the material is digitized, it will be available as part of the Special Collection at the Texas A&M San Antonio Digital Library.

“We’re so excited,” Jarmon said. “We’re asking the public to bring whatever they have as far as the steps go, so we can really capture the story.”

The archives are also looking for memorabilia from past marches, such as flyers, documents, minutes, newspaper clippings, planning documents, videos and sound recordings.

“There is no documented history of the entire march,” Watson said. We want to make sure that all of this information is accessible not only to children, but also to people around the world who want to see how San Antonio has developed the walk to be so diverse with such a small African American population.

She asked residents who participate in community service projects to take photos and post the snapshots online with #MLKDAYSA. Photos and videos will be included in the virtual walk film in post-production.

The historical harvest is due to start on Monday at 10 a.m. Appointments can be scheduled at https://saaacam.org/history-harvest-appointments/