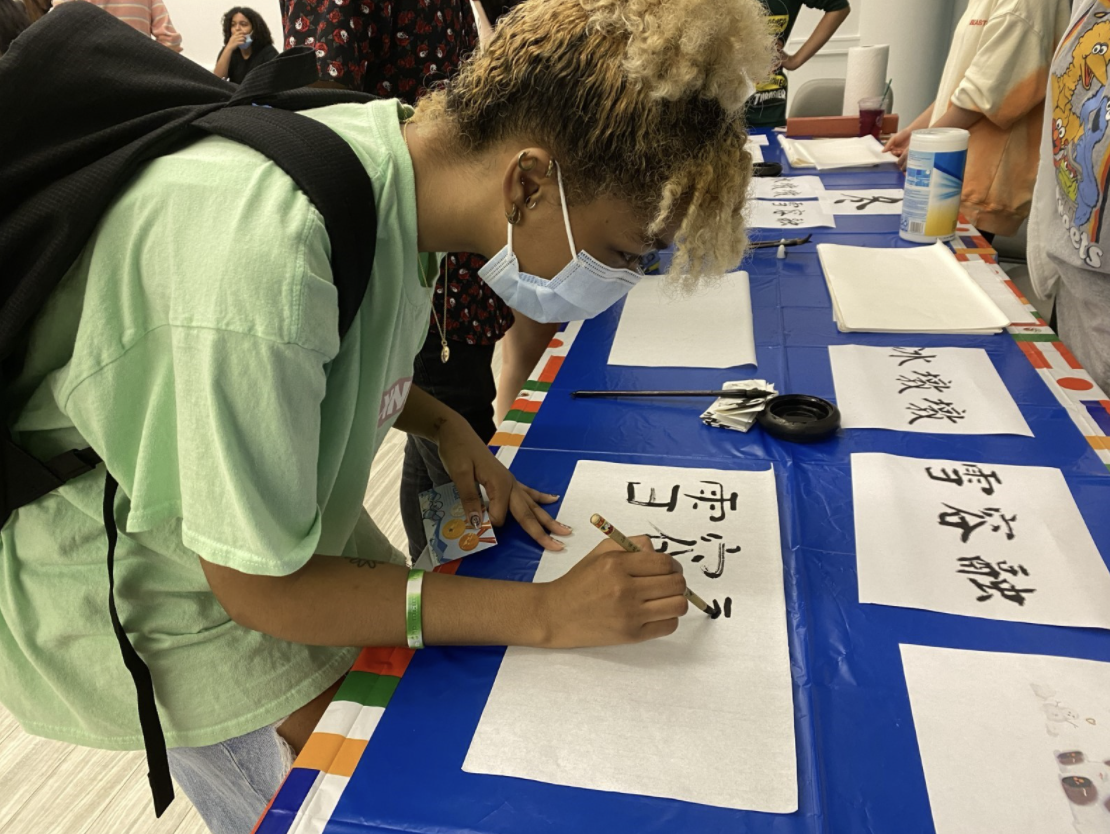 With the Olympics broadcast live on Shalala Student Center TV screens, dozens of students lined up to receive their “passport” for an evening of Olympic fun at Canes.

The students received passport cards with the five Olympic rings. To win a limited-edition event t-shirt, students had to complete five of eight different activities offered during the February 18 event.

Various student groups sponsored the activities, which included Chinese calligraphy writing and an event where sandals are thrown at Cuban coffee cans. Students also personalized their own whiteboards and chose designs for spray-painted t-shirts.

A simulation snowboard, which the students likened to the classic mechanical bull machine, challenged participants to stay on the board for as long as possible while it moved and twisted beneath them.

“It was really fun because there was a whole bunch of different activities,” Lassiter said. “And it wasn’t just like sitting there and listening to people. It was “to throw the chancla” or “to write these messages in Chinese”. “

Sophomore Emily McCabe said she enjoyed learning about the student organizations represented at the ceremony.

“I really liked being able to walk around the Olympic Village and see all the different cultural clubs on campus, because I feel like I’m not participating in a ton of activities on campus,” McCabe said. “And learning a bit more about some of the different organizations and loving what they’re passionate about was also really cool for me.”

Rebecca Elia, member of the Olympic Sports Committee for Category 5, estimates that 150 people participated in the activities.