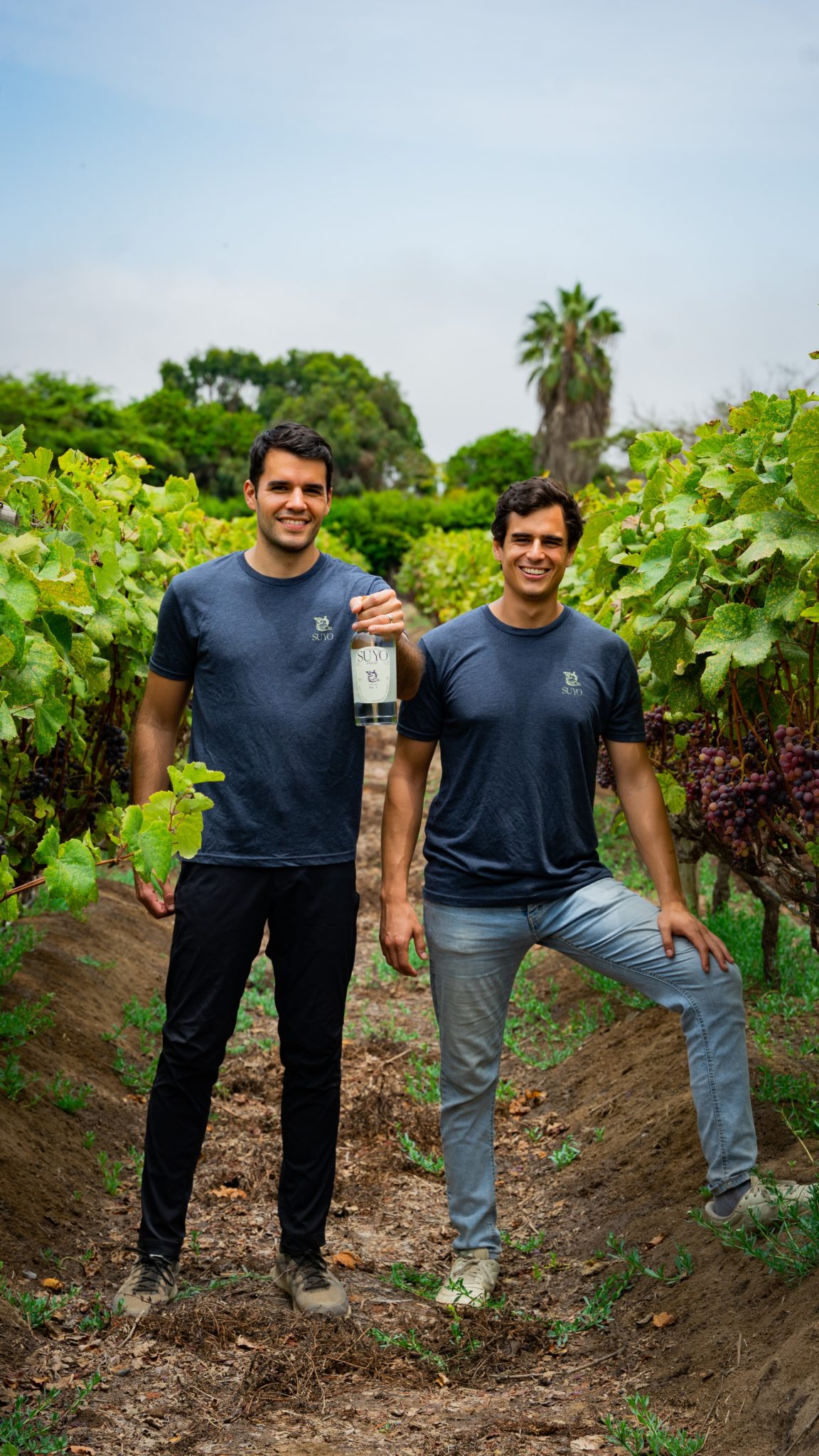 NEW YORK, NY–Peruvian Pisco is a clear, all-natural spirit made from 100% grapes through the single distillation of freshly fermented natural wine. It is the national spirit of Peru and, according to its designation of origin, can only be produced from 8 grape varieties, grown in 5 coastal regions in the south of the country.

Alex Hildebrandt and Ian Leggett, Peruvian-American founders of SUYO Pisco, began exploring the category in 2019 as a hobby project in search of their favorite piscos. They soon realized that the expressions of the spirit they loved the most were completely unknown outside of their own regions, let alone outside of Peru. That’s when they decided to create SUYO.

SUYO is on a pisco discovery mission that aims to partner with independent wineries to share small batches of single-origin pisco with the world. Alex and Ian’s goal is to raise awareness of the pisco category and promote collaboration between producers, while giving back to the Peruvian community.

SUYO’s first available pisco, named “No.1”, is handcrafted from 100% Quebranta grapes, harvested in the Mala Valley and single-distilled to proof in traditional copper pot stills . As with all Peruvian piscos, it is totally unaltered, with no water or additives allowed during the production process.

As Alex explains, “In an industry obsessed with standardization, we celebrate the unique terroir and distillation techniques of our independent producers, which make each batch distinctive and one-of-a-kind.” Ian continues: “We promote sustainable, non-intensive agriculture and invest in our community of pisqueros so they can continue to develop their vineyards and grow with us. SUYO is committed to paying fair prices to its partner wineries for grapes and pisco, and shares the proceeds from each bottle with them to reinvest in their farming practices.

The duo chose Skurnik Wines & Spirits for their US launch because of the distributor’s success with craft and small-batch spirits. Alex explains, “So far, our success has been largely due to our online store and the door-to-door that we both have done in New York. We had to work our way into retailers and bars across the country, and we knew only a distributor like Skurnik could help us scale effectively. Ian adds, “Skurnik is familiar with our model for pisco growers and helps them grow with us every step of the way.”

You will soon be able to find SUYO Pisco at your favorite bars or restaurants, or at your local retailers in New York, New Jersey, Connecticut, Rhode Island, Pennsylvania, Kentucky, Indiana and California.

About Skurnik Wines and Spirits

Skurnik Wines & Spirits is an importer and distributor of fine wines and spirits, headquartered in the heart of New York. They are a national importer and also have a direct wholesale distribution network in nine states: New York, New Jersey, Connecticut, Rhode Island, Pennsylvania, Ohio, Kentucky, Indiana and California.

SUYO is an award-winning single-origin pisco brand founded by two Peruvian-Americans with a mission to bring their countries together through Peru’s flagship product. SUYO partners with independent wineries to share a limited batch of single-origin pisco with the world.