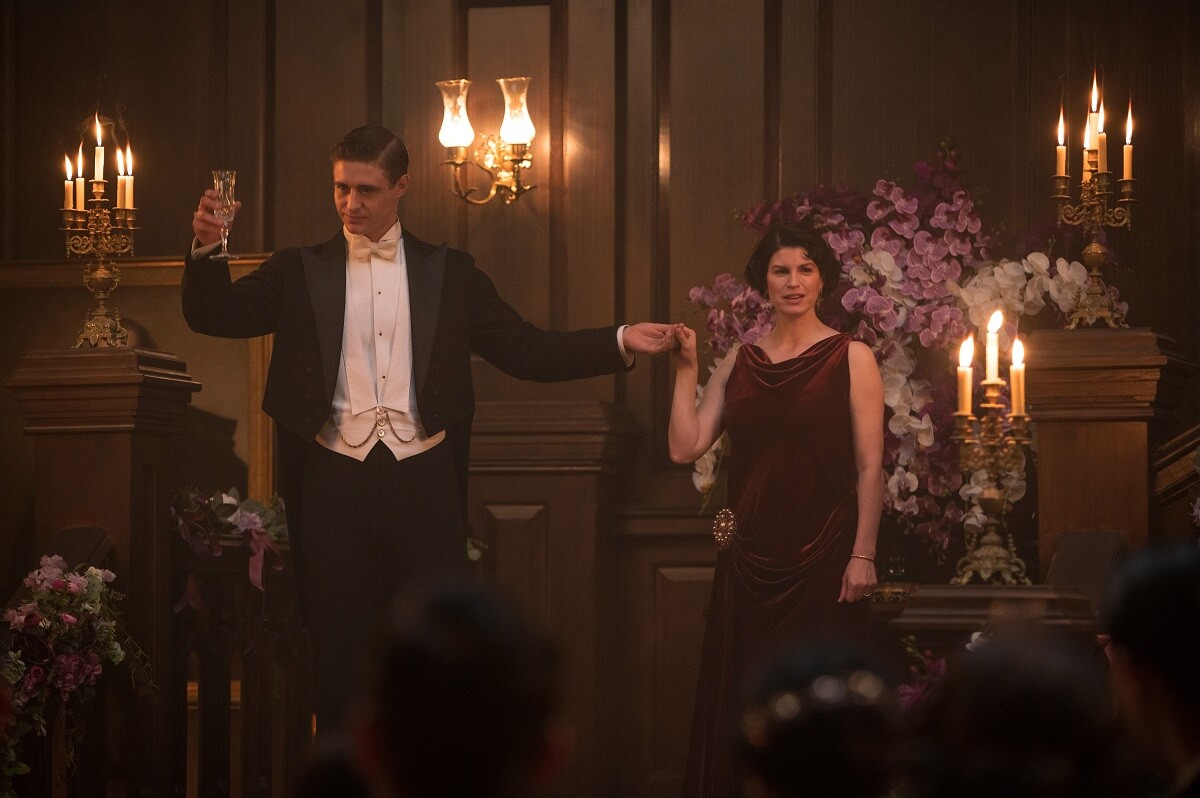 For life Flowers in the attic: the origin the limited prequel series is based on shadow garden by VC Andrews ghostwriter Andrew Neiderm and delves into the twisted history of the Foxworth family. The official trailer opens with Olivia Winfield begging the public to listen to her story and judge her, if you dare. Oh, there will definitely be judgment rendered, Olivia.

The limited series will premiere as the final event of the ATX TV Festival on June 5, 2022. A Lifetime release will follow on July 9, with the four-part prequel debuting new episodes on consecutive Saturdays. The limited series ends on July 30.

The prequel is an A+E Studios production in association with Sutton St. Productions and CBS Studios.

Lifetime’s trailer and premiere date announcement came with details on all four parts of the prequel along with cast and character descriptions:

Paul Wesley stars as John Amos, Olivia’s cousin whose revelations change his life forever. Callum Kerr stars as Christopher, a close relative of the Foxworth family whose life will be forever intertwined with Corinne’s from the moment they see each other. Luke Fetherston and Buck Braithwaite portray Malcolm and Olivia’s sons, Joel Foxworth and Mal Foxworth, respectively.

Flowers in the attic: the origin tells the story of headstrong and determined Olivia Winfield (Rooper) who is working alongside her beloved father, Mr. Winfield (Hamlin), when she finds herself unexpectedly courted by one of the most eligible bachelors in the world. country, Malcolm Foxworth (Irons). After a whirlwind romance, Olivia finds herself mistress of the imposing Foxworth Hall, where she soon discovers that the fairytale life she expected has quickly turned into a nightmare.

Beneath Malcolm’s good-natured exterior lies a dark heart, and a twisted evil lurks inside Foxworth Hall that will threaten Olivia’s happiness and that of her children. Her attempts to keep them all safe eventually drives Olivia to become the most terrifying version of herself, leading to her inevitable – and notorious – decision to lock her grandchildren in the attic…

Part 1, airing July 9 at 8/7c, features Olivia Winfield as she gives up her career, her home and her name to become Mrs. Malcolm Foxworth, the wife of the richest man in the land. Leaving her father behind, when she arrives at her new home, Olivia soon realizes that life at Foxworth Hall is far from the fairy tale she imagined and begins to question the choices that led her to this path of eventual destruction.

Part 2, airing July 16 at 8/7c: As Olivia and Malcolm’s family grows in unexpected and questionable ways, she pledges to provide them with a childhood full of joy and security, no matter the cost. However, her efforts prove futile as she battles the evils of Foxworth Hall, and her husband’s twisted obsession with a family secret further fractures their relationship.

Part 3, airing July 23 at 8/7c: After a devastating and unimaginable loss that will haunt her for the rest of time, Olivia reunites with her son and daughter in forbidden relationships. She opposes their unions, but as she tries to hold on, more destruction finds her and pushes her further to her breaking point. Finally, blood runs down his hands as the fate of an old enemy waits to be revealed.

Part 4, airing July 30 at 8/7c: After losing all of her children to tragedy and stress, Olivia’s new religious beliefs were instilled in her by her cousin, and her desire for revenge on those who surround her, pushing her to become the most notorious and terrifying version of herself; a woman able to lock her grandchildren in the attic when her daughter returns after tragedy strikes the family again…