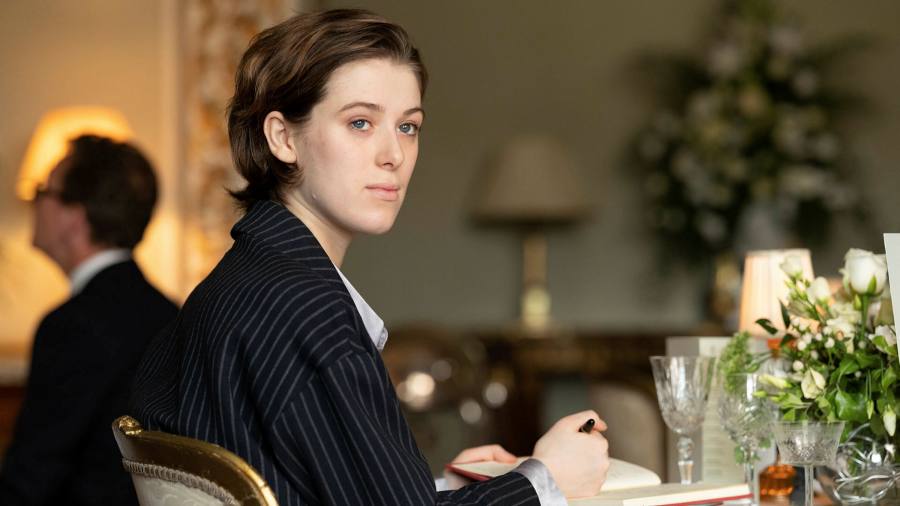 An award if you can pinpoint exactly what is being said about the state of British film by the top three domestic industry properties to make a sequel recently. (Bond that we take for granted.) There are Peruvian emigrants Paddington, of cours. Also Kingsman, Matthew Vaughn’s stubbornly obnoxious spy game. And joining them now is Memory, a refined self-portrait of a young 1980s Knightsbridge filmmaker enduring loss while finding her artistic voice. The very existence of Joanna Hogg’s densely autobiographical work Remembrance Part II looks like an arthouse mockery of multi-chapter blockbusters. A joke also at the expense of those – and among the audience there were many – who felt Memory was more than enough.

Still, it might not be all that different from a Marvel saga. To start, you will need to be by the way with the story so far. In particular, prepare to be lost without knowing that – spoiler warning – the wan and adrift Julie (Honor Swinton Byrne) ended the first film undone by the fatal overdose of her dark, drug-addicted boyfriend. heroine Anthony (Tom Burke). The sequel echoes the new film, which opens with a grieving retirement at the family’s Norfolk country home.

But the lift for all is provided by Julie’s parents, gently waving like assorted salt and pepper mills. His mother is again played by Tilda Swinton (for additional meta flourish, Swinton Byrne’s actual mother). Hosted by spaniels, the opening scenes play like a tongue-in-cheek comedy about upper-middle-class English ways. Beyond high cinephilia, Hogg is good at it. The screening I attended was full of knowing laughter from critics and Bafta voters.

Grieving, private, to continue. If we are lucky, life gives us this second act. And so Julie returns to the flat near Harrods and the thinly veiled National Film and Television School. Here, his graduation movie goes terribly wrong until it slowly starts to look good. Exorcising Anthony begins with a strange and silent one-night stand.

Friends pass by and years pass, signaled by the soundtrack and the strange historical monument. Out of nowhere, Julie sobbed as she watched the fall of the Berlin Wall, the kind of borderline precious display that sends Hogg’s detractors out in hives. Once again she’s got comic relief up her sleeve, director Richard Ayoade’s diva Patrick – the anti-Julie – is back to make a doomed retro musical. (Hogg apparently swears none of this is based on the real Julien Temple and his infamous Noviceswhich is bold of him.)

When the first Memory was released in 2019, it seemed to be part of the much-discussed “autofiction” by writers Rachel Cusk and Karl Ove Knausgaard. Here too, it’s the same mix of confessional and hyper-evocative. Hogg strangely evokes time and place. But she does it the way filmmakers do – with rear projections and plywood sets. Honesty can be raw. (Mom’s checkbook is often needed, even now; Julie hears sneering colleagues call her lazy and naive.) Elsewhere, memories seem more selective. But the artifice is part of the market. If Julie is really Joanna, Hogg also makes her a movie heroine. For all the subtlety, in this second Memory she gets a big-screen arc: from suitor to actor, from wallflower to center stage.

Frankly, that makes the sequel more appealing than the original. It also justifies the two-part conceit, less of a prank than a gain that lands better to come later. Those who hated the first installment won’t be coming back to find out. (Another Marvel: The Movie parallel is for fans.) Yet the full story ends with a valentine for the transformative power of cinema. There are games of self teasing, but also cheap seat pleasures – emotional closure, fun one-liners and a great last shot before the finale”to cut!”.