The University of Florida has a new civic center. Its origin is murky. 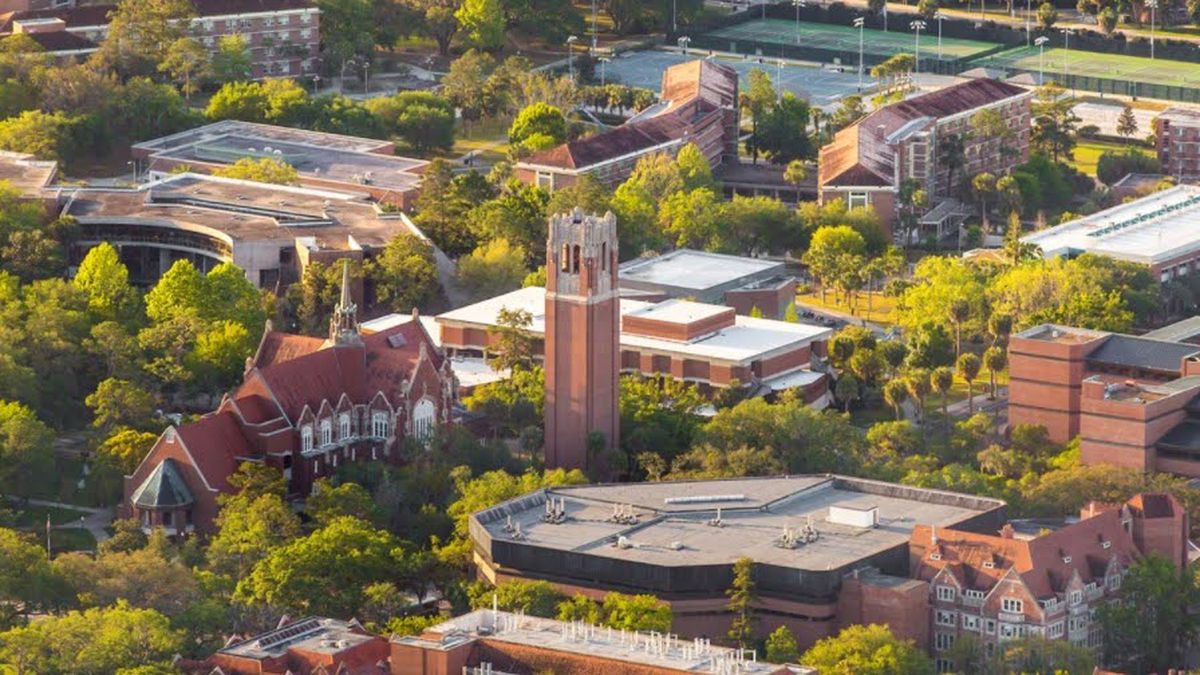 The University of Florida has a new civic center. Its origin is murky.

The big story: Republican leaders in Florida have recently made a big push to overhaul the way students learn civics.

A new initiative is creating an academic center for civics at the University of Florida. Lawmakers approved $3 million to support the project.

When asked where the idea came from, the sponsor of the bill had little information.

“I don’t know much about this group,” Sen. Keith Perry, a Republican from Gainesville, said in an interview. “I don’t know who they are.”

Yet the concept has progressed with support at the highest level. Read on for more details.

State Control: Gov. Ron DeSantis has made education a key part of his agenda and he’s wielding increasing control over the state’s school system, NPR reports.

Parent Involvement: Moms For Liberty is gearing up for its first national summit in Tampa, USA Today Florida Network reports.

Race relations: Several departments at the University of Central Florida have removed anti-racism statements from their websites without explanation, reports the Associated Press.

Gender issues: The Leon County superintendent has defended the district’s new LGBTQ inclusivity guide, which has drawn criticism from groups such as Equality Florida, WCTV reports.

School safety: All Marion County schools open for summer school have deputies assigned to them, so the county commission wants the school district to pay the full cost of the service, WCJB reports.

The Brevard County Commission agreed in the spring to place a school district property tax referendum in the November ballot. A commissioner wants the panel to reverse its decision, reports Florida Today.

Duval County School District Optional Local Sales Tax revenue was better than expected. This allowed the district to move forward on the schedule for several of the tax-supported safety and maintenance projects, WJXT reports.

Florida has a historic new statue in the United States Capitol. It features educator Mary McLeod Bethune and makes Florida the first state to have a statue of a black person in the collection, the News Service of Florida reports.

Florida A&M University has no more dormitory space for incoming students. Officials pointed to a larger-than-usual freshman class and an increase in student transfers, WFSU reports.

Excerpt from the court file… After lengthy jury selection and preliminary hearings, the Parkland school shooter’s sentencing trial is set to begin on Monday, WPLG reports. • An administrative law judge has ruled that the Bay County School District improperly expelled a student with a disability who was involved in a fight at school, reports WJHG.

Don’t miss a story. Yesterday’s roundup is just a click away.

Before you leave … There is a coffee micropig in Japan. Are you ready to take the trip?

We’ll break down the local and national education developments you need to know every Thursday.