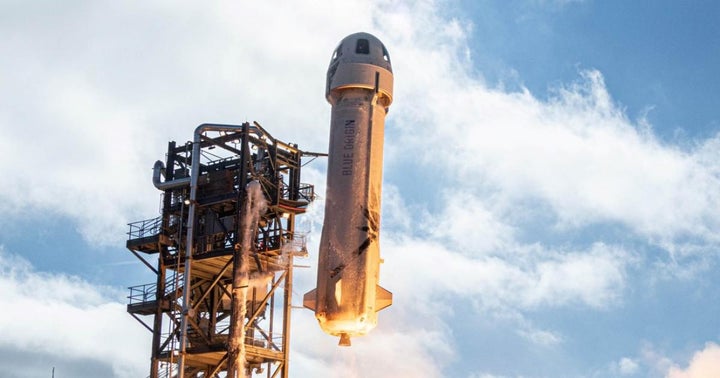 A prominent name in the cryptocurrency space has been revealed as the initial winner of the auction for a seat on a Blue Origin flight to space.

What happened: TRON (CRYPTO: TRX) Founder Justin Sun confirmed he was the winner who paid $28 million for a spaceflight with Amazon.com Inc. (NASDAQ: AMZN) and blue origin founder Jeff Bezos.

“6 months ago, I had the chance to win the auction for the first launch of Blue Origin! Today I announce that I am launching the “Sea of ​​Stars” campaign, which will select 5 warriors to explore space with me in 2022! Sun tweeted Wednesday.

Sun, who missed the original Blue Origin flight, said going to space had been a dream of his since childhood and shared details on how his future spaceflight passengers will be selected.

Five passengers to select: Sun said on Wednesday that he wanted to share his space journey with members of the TRON DAO community and the cryptocurrency industry.

“Our first nominee will be a prominent figure in the crypto world who loves browsing Metaverse, Guess Who?” says Sun.

A second candidate to go to space will be a member of the TRON DAO community, he added. A third candidate will be a technology entrepreneur.

Sun said a fourth person named to fly in space will be an artist “who has the wildest dreams of space and the future of mankind.”

A fifth appointee will be a “highly visible and socially influential celebrity”.

See also: It’s over: Elon Musk’s SpaceX launches the last Falcon 9 into space for 2022, the 31st such mission for the year