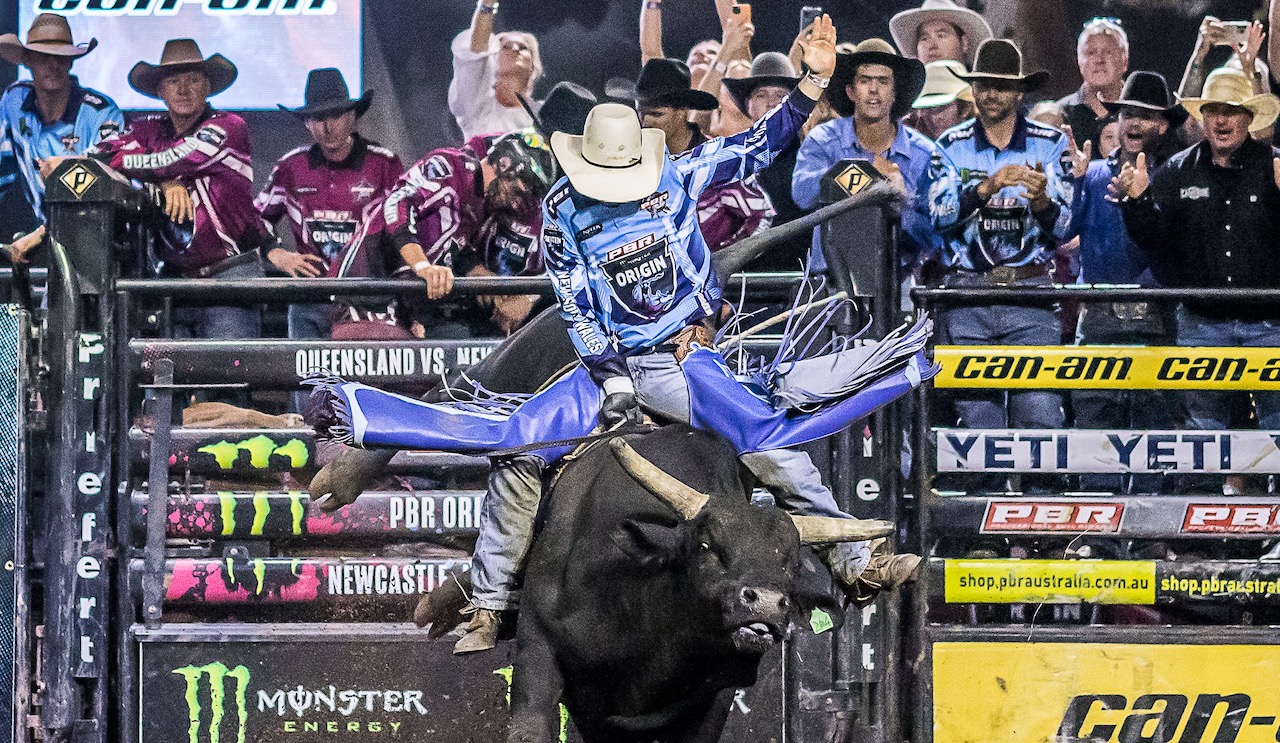 TWO professional bull riders from Central and West Queensland secured their first places at this weekend’s PBR State of Origin II event in Tamworth, and say they are determined to help their team keep one step ahead of the competition.

Yeppoon local Ben Moran, 18, and Barcaldine local Jackson Gray, 21, will both compete for Queensland in the 2022 PBR Monster Energy Origin Series after strong showings at the Toowoomba Invitational earlier this month -this.

Inspired by the State of Origin rugby league series, the Blues and Browns bull showdown pits 10 cowboy teams from Queensland and New South Wales against each other for an interstate competition.

The Queensland side are already dominating the dirt after taking a 1-0 lead early in the series opener at Newcastle last month.

PBR Australia managing director Glen Young said that although team captains were selected earlier in 2022, riders must continually earn their place based on performance at PBR Monster Energy Tour events.

“Jackson Gray made his debut in the PBR Australia 2022 season at Toowoomba and thanks to an 11and place, got his first-ever opportunity to compete at PBR Origin this weekend, where he is currently ranked No. 19 in the hunt for the 2022 PBR Australia Championship,” said Young.

“Ben Moran delivered his career-best effort at Toowoomba to earn his chance to represent the Maroons this weekend when he covered Rip Slinger for 78.5 points.

“Both riders will join Team Queensland’s talented roster this weekend, where they will eagerly help the team defend their championship title.”

As anticipation continues to grow for this weekend’s event, Aaron Kleier, four-time PBR Australia champion and captain of the Queensland team, says his team is determined to defend their championship title after consecutive wins.

“It’s a great privilege to put on this maroon shirt and have all the Queenslanders at home supporting you, we’re really doing it for them,” Kleier said.

“Bullfighting is such an individual sport so when we do it as a team, especially for Team Queensland, it just means a lot.

“We just work well together as a team, we have fun and we support each other, you see us all there, all encouraging each other.

“We kicked it off like we did the other years and hope it continues and we win the next two.”

Heffernan said he hopes to turn the tide on Team Queensland this weekend at Tamworth and level the streak ahead of the final PBR Origin event in Brisbane on May 21.

“We just have to believe in ourselves. These first pairs of bulls, make sure we get qualified runs, get the ball rolling early,” Heffernan said.

Young said this weekend’s Origin II event in Tamworth will be “decisive” for the outcome of the series and has the potential to determine which team wins the overall Origin Series championship.

“The PBR Origins Champion will be the team that wins two or more events in the series, and the winner of the event will be the team with the highest combined score in the entire event,” Young said. .

“Tamworth has the potential to be the deciding factor in who wins the league title so we can’t wait to see if the Queensland team get another win or if we see the New South Wales team. gain ground.

The top driver in the series receives a $20,000 bonus and this year’s Australian Monster Energy PBR Champion will receive a $50,000 year-end bonus.

“The atmosphere in Tamworth is always electric and we couldn’t think of a better place to host the second installment of our PBR Monster Energy Origin tournament,” said Young.