Understanding the long-running “Jayson Tatum age” joke and its origin 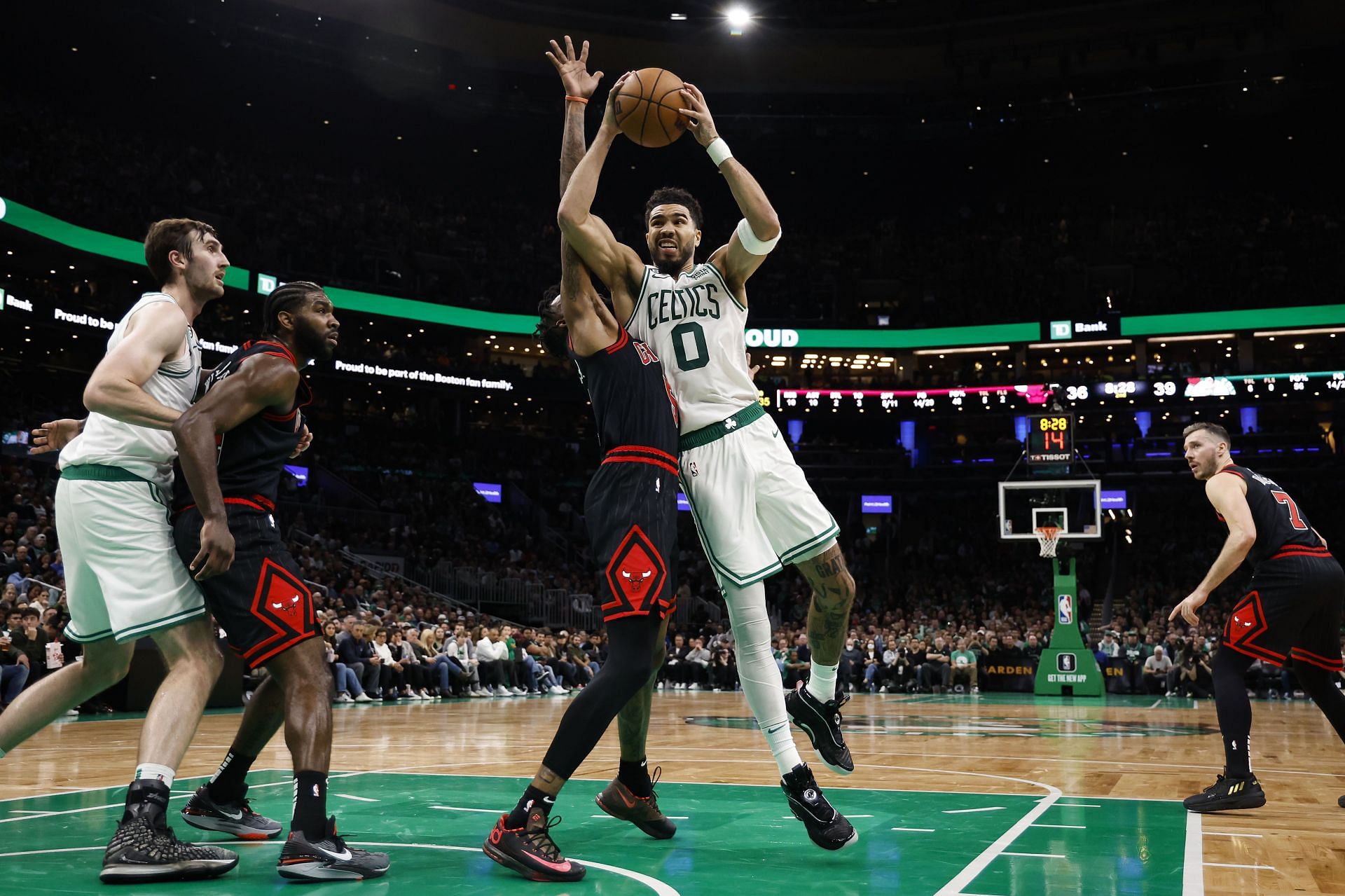 Understanding the long-running “Jayson Tatum age” joke and its origin

Jayson Tatum’s age when entering the NBA was almost unbelievable due to the type of talent he was. The then 19-year-old showed the NBA that he was a major problem and was going to be a star for years to come.

He looked younger, but the talent was there. Coming out of Duke University, the baby face was still there and fans ran with the joke.

During his rookie season, Celtics fans were shocked to learn that he was “only 19”. The media were also in disbelief that Taum was so young and playing the way he did. Tatum had the following to say:

“I probably gained about 10 pounds, so I think it’s obviously in the weight room,” Tatum told reporters Wednesday. “You know, as I get older, my body starts to mature a little bit more. So I’m not 19 anymore.”

Anthony Irwin asked Jayson Tatum what it was like to be 19 for so long. Tatum replied

“You get used to it lol”

Tatum ran with the joke and even at 24-year-old Jayson Tatum, many still enjoy joking with him about the situation.

The age of Jayson Tatum entering the NBA

Jayson Tatum entered the NBA at 19. He spent a year at Duke University before leaving to enter the NBA Draft. Tatum was then drafted with the No. 3 overall pick.

Tatum was around the middle age of most NBA draft picks. Considering players can leave after one season in the NBA, Tatum being 19 at the time is normal.

The story behind the “Jayson Tatum age” joke

The story began with Jayson Tatum’s first game. He entered the league at 19 but turned 20 quite quickly thereafter. Celtics fans started by saying that Jayson Tatum’s age was only 19 because of the way he played on the field.

Few 19-year-olds entering the league can do what Tatum was able to do. Fans were chanting it, posting it on social media and doing many other hilarious things to highlight the fact that he was 19 years old.

Tatum knew this was happening as fans chanted, but he never said much about the situation because no one ever really asked him about it. One day members of the media asked and he let them know.

Along with the fun of the original story of Tatum being called 19 for most of his NBA career, he also had fun with it.

In 2018, Tatum was 20 years old and he did a commercial with Foot Locker. The advertisement showed a time capsule from the 1990s. Tatum was the perfect man for the job as he is only 19 years old. Nike posted the following about the ad and what Tatum tweeted after it was hilarious.

“As one of the original destinations to get the best out of Air in the 90s, Foot Locker and NIKE still lead the pack together. NIKE athlete and NBA forward Jayson Tatum, to kick off the campaign integrated by “unearthing” a time capsule filled with some of the most beloved items from the 90s, including a new pair of shoes from the NIKE Air Origins Pack.

Jayson Tatum, 24, has become one of the best players in the NBA. From joking about how old Jayson Tatum was to playing in an NBA Finals a few years later. The evolution of his game has continued to grow, as has his age.

Tatum made All-NBA Teams, All-Star Games and countless other accolades during his young NBA career. His 2021-22 season was the most impressive of his career, averaging 26.9 points, eight rebounds and 4.4 assists.

The Boston Celtics star is the reason the organization is in the position it is in right now. This position is a team that has a legitimate chance of winning an NBA title. Even at this age, Tatum continues to show he can take control of a game.

Tatum is currently averaging 30.9 points, 8.5 rebounds, 4.1 assists and 1.4 blocks in the first eight games of the 2022-23 season. Boston is one of the favorites to win an NBA championship this season behind its “19” year old superstar.