Why do we celebrate the 4th of July? Origin, meaning and what happened in 1776 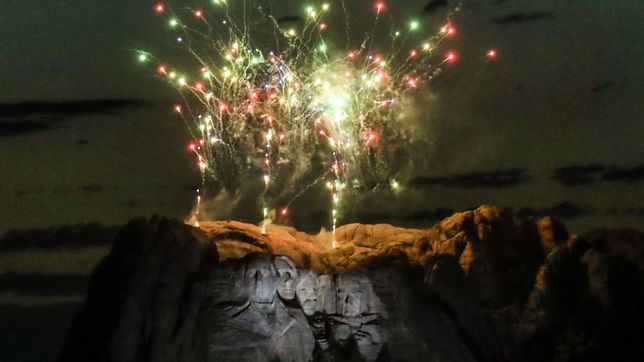 Why do we celebrate the 4th of July? Origin, meaning and what happened in 1776

In an almost unanimous decision, 12 of the 13 North American colonies voted to separate from Britain.

“…Life, liberty and the pursuit of happiness…”
On July 4, 1776, the Second Continental Congress adopted the Declaration of Independence, a document that continues to inspire.

July 4: why do the colonies want independence from Great Britain?

While some people remained loyal to the British crown, many wanted independence declared for a wide range of reasons:

JFK personally (in 1962) chose the typeface for “UNITED STATES OF AMERICA” on the fuselage of Air Force One because it resembled the typeface of the first printed version of the Declaration of Independence: pic.twitter.com/vRwhWxsjAg

When was the Declaration of Independence written?

Why is the 4th of July celebrated with fireworks?

The historic day has become one of the most celebrated holidays in the United States. The use of fireworks has become an American tradition, although it is said to have been invented by the Chinese thousands of years ago.