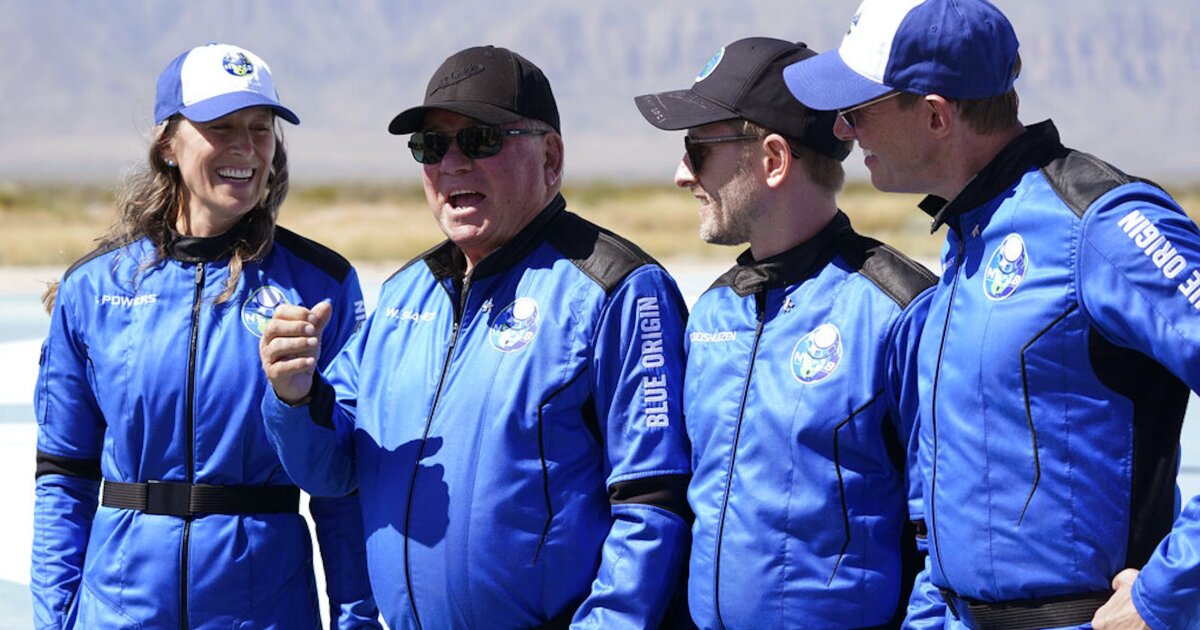 William Shatner, FIn love with playing Captain James Kirk in the Star Trek franchise, he said he broke down in tears after his October Blue Origin spaceflight thinking about climate change.

“It took me hours to figure out what it was, why I was crying,” he said. “I realized I was grieving. I was mourning the destruction of the Earth.”

Shatner, 91, was among a group of four who launched into space for 11 minutes aboard a New Shepard rocket, according to a report.

After the flight, Shatner was visibly emotional.

When he landed, he told Jeff Bezos, the founder of Blue Origin, that he wished “never to get over it”.

The famous actor was crying for his home, he said.

“It’s going to get worse! It’s like someone owes money on a mortgage, and they don’t have the payments and they’re like, ‘Well, let’s go to dinner and forget about it. not.””

At the age of 90, Shatner became the oldest person to travel in a rocket into space as part of the Blue Origin flight.

CLICK HERE TO LEARN MORE ABOUT THE WASHINGTON EXAMINER

“I don’t know what I may appear to the world, but to myself I seem to have been only like a boy playing by the sea, having fun now and then finding a smoother pebble or a shell prettier than usual, while the great an ocean of truth lay before me all that was undiscovered”, Shatner tweeted after landing.